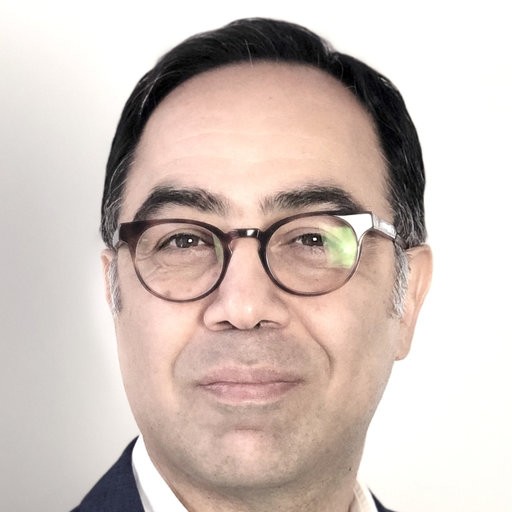 Oxford University academic claimed he was forced out after he complained an eminent professor was plagiarising his work and publishing it as his own, a tribunal heard.

Veteran scientist Amin Moghaddam accused the professor running the lab he worked in was committing ‘author misconduct’ in a ‘calculated approach to steal my ideas and work’, a tribunal heard.

Following a complaint to the head of the pathology department, he claimed to have been told that he was fortunate because, in Sir Isaac Newton’s words, he ‘stood on the shoulder of giants’. Dr Moghaddam claimed he had not been given the ‘credit he was due’ and his path to secure a better position within the lab had not been ‘properly supported’.

The aggrieved professor said he had been ‘unfairly’ treated over a number of years, and that the lab he worked in ‘favoured’ white students as authors of reports. His employment ended in March 2019 after failing to secure more funding after his relationship with boss Professor Quentin Sattentau sour following his claims of plagiarism.

The dispute sent shock waves among lecturers at Oxford University who are more accustomed to a professional environment in which academics focus on ambitious projects and generally collaborate in harmony.

Known for its high-quality research and teaching levels, Oxford University boasts one of the highest standards of teachers and students in the Uk, and even the world.

Unhappy with all that had transpired, Dr Moghaddam the took the University of Oxford to an employment tribunal, claiming unfair dismissal, race and disability discrimination and whistleblowing.

The tribunal concluded his contract had not been extended because there was no funding to do so and he had not been unfairly treated.

The tribunal, held in Reading, Berks, heard that Dr Moghaddam, who was born in Iran, worked at the University as a senior postdoctoral scientist from May 2003 until the end of March 2019 under Prof Sattentau. Prof Sattentau, who has worked at Oxford University for two decades, is a Professor of Immunology and is a leading researcher in advancing understanding of HIV pathogenesis and vaccine design.

Dr Moghaddam was employed on a number of ‘fixed term’ contracts of ‘varying lengths’ during his time at the Sir William Dunn School of Pathology. The tribunal heard that in 2015, under Prof Sattentau’s leadership, a successful research grant secured funding, resulting in Dr Moghaddam’s contract being extended until March 31 2019.

However, from September 2018 he complained about the professor’s ‘scientific misconduct’, the panel heard. In 2014 Dr Moghaddam had an article published on peanut allergy in the Journal of Allergy and Clinical Immunology – but complained that Prof Sattentau put himself as the senior author of the lauded research.

The tribunal heard he subsequently accused the professor of ‘breaching academic authorship guidelines’. Dr Moghaddam wanted more independence and to be seen as an independent researcher – but was told he couldn’t do that as part of another Principle Investigator’s (PI) team.

Dr Moghaddam said this happened without his consent – but Prof Sattentau explained to the tribunal he went ahead without speaking to Dr Moghammad beforehand because he wanted to proceed ‘as soon as possible’ to have the best chance of winning the funding. Prof Sattentau also told the tribunal he didn’t think it necessary to consult him as it was ‘just a preliminary discussion’ to see if the trust would be ‘interested’ in funding the research.

In April 2018 Prof Sattentau sent Dr Moghaddam an email spelling out the need for a paper that year. However, he told the tribunal he had not been willing to use his research unless he had shared authorship. Prof Sattentau told Dr Moghaddam that authorship of papers was a ‘sensitive issue which requires careful consideration’ and it was ‘very difficult to commit to the authorship before a paper has been drafted’.

Dr Moghaddam told the tribunal that at this point he was feeling ‘very depressed and pessimistic’. He said he felt ‘threatened’ by Prof Sattentau’s email highlighting the need to produce a paper, otherwise he could not guarantee the ‘security’ of his funding – and therefore his employment.

However, the tribunal found that the email from Prof Sattentau had simply spelt out ‘in what he believed to be the facts’, that with no paper came no funding, and he was concerned about Dr Moghaddam’s employment. The tribunal rejected Mr Moghaddam’s claims that this was a threat to his job security and instead ruled Prof Sattentau’s application to the Wellcome Trust was ‘supportive’.

By late 2018, the tribunal described the pair’s relationship to be ‘unravelling fast’ after disagreements on the funding application. The tribunal heard that in October 2018, Dr Moghaddam wrote a letter complaining of ‘systematic appropriation of his scientific output and rightful authorship’ of research he had done.

In a meeting with head of department Professor Matthew Freeman, Dr Moghaddam told the tribunal he was ‘belittled’ by Prof Freeman who told him that ‘if he could see further it was because ‘he stood on the shoulders of giants’. However, the tribunal accepted Prof Freeman’s explanation that he used the phrase, ‘commonly used among scientists’, in relation to Dr Moghaddam trying to continue working with Prof Sattentau.