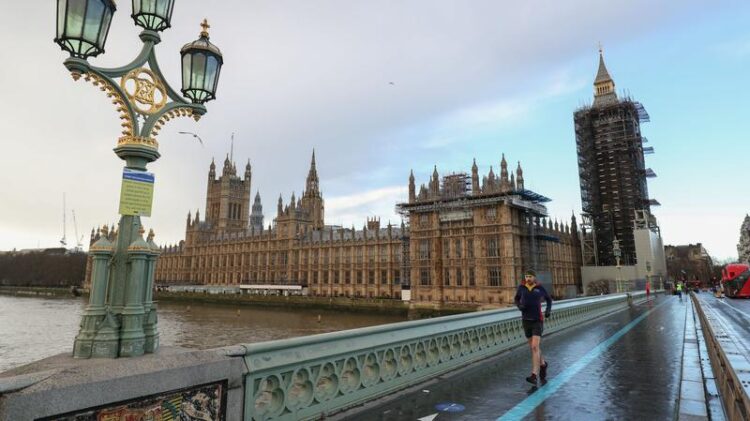 Public health officials were “ready to close” Parliament before Christmas given high numbers of people on the estate, MPs have heard.

Shadow Commons leader Valerie Vaz also sent her condolences to the family of a person who worked on the estate following his Covid-related death.

“It is not a great time for this country, it is a sad time and as soon as we can, I want this House back to normal and that is an assurance from myself as well as the Leader (Jacob Rees-Mogg).” 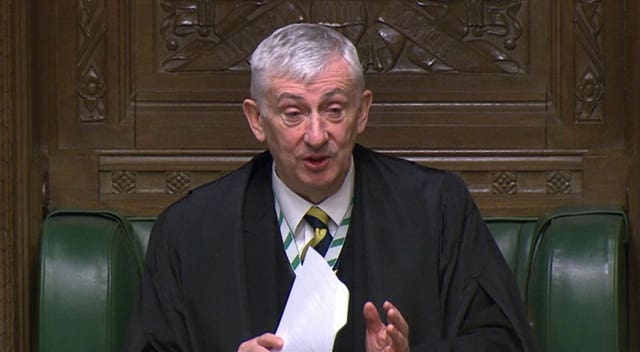 Speaker of the House of Commons Sir Lindsay Hoyle (PA)

Their remarks came as MPs voted to postpone debates in Westminster Hall, the secondary debating chamber, where those wanting to contribute have had to be in the room – with no option for speeches via Zoom.

Eight Friday sittings to discuss legislative proposals from backbench MPs have also been cancelled, with Commons Leader Jacob Rees-Mogg unable to guarantee they will be restored to the calendar in the current parliamentary session.

But Mr Rees-Mogg also told MPs he would bring a motion to the House to recommence Westminster Hall and Friday sittings “at the earliest opportunity”.

Several Conservative backbenchers expressed their concerns about these decisions, but amendments tabled by former minister Sir Christopher Chope to protect these items of business were withdrawn.

Speaking during the debate, Labour frontbencher Ms Vaz said: “There has been a really serious incident that has happened today that many honourable members know about – that is quite shocking, quite frankly – which is the death of a person who works on the estate and we send our condolences to his family because it is Covid-related.”

Ms Vaz also told MPs: “I think it’s fair to say that public health was so concerned about what was happening on the estate – the number of people who were coming – before Christmas they were ready to close us down.

“And we have resisted that because we want to hold the Government to account.”

SNP Commons leader Tommy Sheppard said his party supported the Government’s motion but urged a greater use of online proceedings to “lead by example”.

Social distancing has limited attendance in the Commons chamber to 50 MPs, and measures to allow MPs to contribute remotely were extended to cover debates – something which was not allowed before Christmas.

Opening the debate, Mr Rees-Mogg said he was bringing forward the motions to suspend business “reluctantly”.

He explained: “The matter was discussed at length by the House of Commons Commission on Monday and I do not think that there can be any misunderstanding of the views of members of the commission – including those from opposition parties – that these motions should be brought to the House.”

“And the cost effectiveness, because we don’t know quite how long this restriction will last for – and it is my hope that it won’t last for enormously long – but the Government is certainly open to maintaining conversations with the House authorities about that practicality and considering if it would be practical.”

Intervening, Sir Lindsay said: “Just to help the Leader of the House, what I would say is that there are proposals to look at other rooms.

“But I’ve got to reassure (members) to say it will take three to four weeks to get that ready and that is now consistently being looked at.”