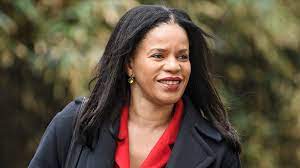 An MP is facing allegations of harassment at a court hearing, after threatening to send naked pictures of a woman to her family because she was jealous of her friendship with her partner.

Webb was charged with harassing Ms Merrit over a 2 year period  between September 2018 and April 26 ,2020, and now has her career and reputation hanging in the balance of a Magistrates hearing.

The MP and former activist also allegedly used a misogynistic insult against her.

Webb has  accused  Islington police of conducting  a flawed and partial investigation, as she fights to clear her name.

Westminster Magistrates’ Court heard Ms Webbe, who is an independent MP for Leicester East after being suspended by the Labour Party, was in a relationship with Lester Thomas at the time.

The threats were made during 16 phone calls between 1 September 2018 and 26 April last year, the court heard.

“The reason for the harassment would appear to be the fact that Michelle Merritt was friends with Lester Thomas and this was an issue for the defendant Claudia Webbe,” prosecutor Susannah Stevens said.

She said Ms Webbe made a string of short silent phone calls from a withheld number to Ms Merritt, who told the court she had known Mr Thomas for more than 15 years and was “good friends” with him, having previously dated.Ms Merritt, giving evidence from behind a screen, said: “There was a pattern that whenever I had even met with Lester Thomas, if we had gone out for a drink or something, there would be a phone call.

“When you are being called and no-one answers, it’s unnerving, especially as a woman who lives alone.”

The court heard the harassment “escalated” on Mother’s Day, 31 March 2019, when the MP asked Ms Merritt about her relationship with Mr Thomas.

Ms Merritt said Ms Webbe told her she was “Lester’s girlfriend” and then “really started shouting, ‘Why are you contacting Lester?'”

“She was very, very angry at me. It was loud,” Ms Merritt added.

“She confirmed she knew where I lived and would send pictures and videos to my daughters,” Ms Merritt said.

Ms Merritt told the court she called police, saying: “I have been threatened by a public figure with acid over the phone.”

Magistrates heard that Ms Webb c continued to make further  threatning calls to the complainant  despite a warning from police in 2019.  The defendant recorded one of those calls after ringing her back on 25 April last year.

In the call, played in court, Ms Webbe is heard repeatedly telling Ms Merritt to “get out of my relationship”, adding “I have seen all of your naked pictures. I will show them all of your pictures”.

Paul Hynes QC, representing Ms Webbe, suggested his client contacted Ms Merritt to tell her she and Mr Thomas should not be breaking Covid-19 lockdown regulations together from the end of March.

Once a political adviser to Ken Livingstone when he was London mayor, Webb rose to prominence after Corbyn was elected as Labour leader.

She was elected to Labour’s national executive committee in 2016 with the backing of the grassroots group Momentum.

In 2018, she was elected chair of Labour’s dispute panel and in the process became the first black woman to sit on the officer group of the national executive committee (NEC). She also presided over the disputes panel as the party dealt with hundreds of allegations of antisemitism.

Ms Webb now has the task of a solving this major dispute in court, and will hope to come out of  it with her reputation in tact.