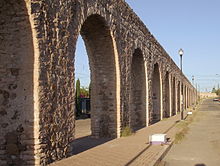 A group of gangster  women  ambushed a drug dealer whilst being interviewed by a U.S reporter for National Geographic in Mexico. The journalist was shot in the leg, while the  dealer and his associate were killed.

The journalist had been interviewing a  known drug dealer in Chihuahua state, just south of El Paso, Texas, when armed women stormed in and began shooting.

The attackers were reportedly  a group of women who ambushed the dealer on Friday, killing him and an associate. The associate  died later at a local hospital.Two people linked to local crime syndicates had been killed in April in the same house where the  journalists had chosen to set up cameras for their interviews.

A statement from Nava’s office said an investigation was underway but did not name any suspects or the victims.