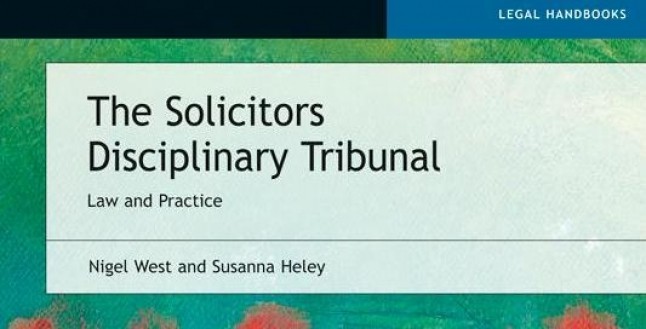 Three members of the same practice have been fined over a car park investment scheme which saw over £100m pass through the firm’s client account.

Peter Jan Bujakowski and Craig Nicholas Hollingdrake, both directors at JWK Legal Group Limited, were fined £20,000 and £7,500  by the Solicitors Disciplinary Tribunal.

The SRA said ”it is objectionable for a solicitor to be carrying out for facilitating banking activities, because he is to that extent acting as a solicitor.

‘Allowing a bank account to be used as a banking facility, unrelated to any underlying transaction which the solicitor is carrying out, carries the obvious risk that the account may be used unscrupulously  by the client for money laundering’

‘There are strong and well known reasons why solicitors are not permitted to provide banking facilities through their account”, the regulator said.

Elaine Saunders, who is a graduate member of CILEx and not a solicitor, received a section 43 order, stating that no solicitor shall employ or remunerate her in connection with practice as a solicitor. All three were ordered to pay costs of £9,093.

The sanctions  were  in relation to a scheme organised by a client who purchased land capable of being redeveloped into storage units or car parking. They were then sold on  to the individual units or spaces to various buyers, but  the recipients of the moneys were in many cases not the sellers.

The process of the transactions were also in breach of the regulations stipulated by the Solicitors Regulations Authority.

Between 18 December 2012 and 30 November 2016,Craig Nicholas Hollingdrake,  failed to take any or adequate measures to prevent the Firm from providing a banking facility to the Client  group or any individual or entity  related to it. In doing  so, he  breached  obligations under Rule 14.5 of the SRA Accounts Rules 2011.

Shamefully,  payments  were made from the Firm’s Client Account other than in the circumstances allowed under Rule 20.1 of the SRA Accounts Rules , thereby breaching Principles 7 and 8 of the SRA Principles.

In the case of  Elaine Saunders,  her admissions were so bad that the Solicitors Regulator Authority (SRA) said it would be undesirable for her to ever be involved in a legal practice. Ms Saunders failings took place over a six year period.

Between May 2011 and November 2017, she failed to consider whether the contents of such marketing materials seen by her overstated the likely returns to  potential buyers (some of whom were or might be unrepresented), and in doing so breached Principle 6 of the SRA Principles 2011.

Ms Saunders dishonestly caused or allowed transfers from the Firm’s Client Account of monies consisting of sums received from buyers (i.e.
by way of the purchase price for the assets the buyers were acquiring) other than in respect of instructions relating to an underlying transactions.

The recipient of such transfers was not the seller of the asset or otherwise connected with the underlying transaction, so she breached one or both of Rule 14.5 and Rule 20.1 of the SRA Accounts Rules 2011.”

Ms Saunders , who is not a solicitor was a graduate member of the
Chartered Institute of Legal Executives. She started employment with the Firm, as a secretary in 1989 and moved to a fee earning role in 1997. She worked for Mr Bujakowski (the First Respondent in the proceedings to which this document relates) from 1997 and from 2003, headed up a team of employees handling the day to
day aspects of sales (or lease and leasebacks) to investors in Client A schemes.

The client produced marketing materials for the parking spaces and storage pods. The contracts between the client and various buyers contained a ‘buy back’ clause within a five year period to exercise the buy-back option to repurchase the space.

Over £100m was spent by the firm and  JWK acted in about 15,000 transactions across over 23 sites and some of the buyers were unrepresented.

Bujakowski admitted that he caused or allowed contractual documents to be sent to buyers , some of whom were unrepresented, in circumstances in which the marketing materials were inconsistent with the contractual documents; and/or misleading, or capable of misleading potential buyers as to one or more of the security, future returns, or value of the assets being sold.

Hollingdrake admitted  he failed to take any or adequate measures to prevent the firm from providing a banking facility to the Client A group.

The tribunal said Hollingdrake’s breaches were ‘inadvertent and did not cause loss to clients or the purchasers of the store pods/parking spaces’. However, it said he should have been ‘more vigilant’.

Saunders was said to have enough experience to have been more vigilant, despite not being a solicitor.

The aggravating factor about the misconduct is that it was repeated, and the level of harm was serious.