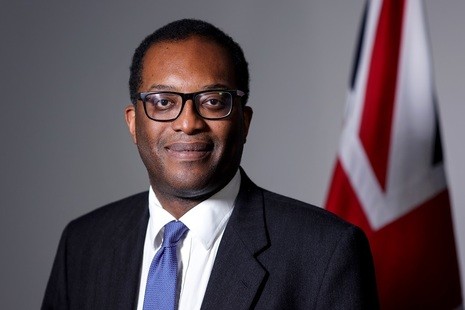 Business secretary. Kwazi Kwarteng, has bullishly  suggested  that parliament’s standards commissioner should consider quitting, after the government voted to discard the independent system for combating sleaze among MPs.

Kwarteng told Sky News that it was “difficult” to see a future for Kathryn Stone, the independent parliamentary commissioner for standards, after she ruled for the suspension of  Mp Owen Patterson.

Ms Stone’s recommendation of a suspension for North Shropshire MP Owen Paterson, after he was found to have breached lobbying rules during his £110,000 a year private sector work, was blocked by Conservative MPs,in what has been labelled by the labour opposition  as corruption in the tory party.

Paterson was found to have committed an “egregious” breach of lobbying rules for repeated contact with ministers and officials while being paid more than £100,000 on top of his taxpayer-funded salary.

Prime minister, Boris Johnson Boris Johnson managed to influence Tory MPs to support the creation of a new committee chaired by a Conservative backbencher to review the entire standards process, which opposition parties have already vowed to boycott.

It was no surprise that those who voted for the amendment included 22 Tories who were either already under investigation or had been ruled against by the standards commissioner.

Kwarteng said it was “the express will of parliament”, although the vote was narrowly won by a majority of just 18, with dozens of Tory MPs choosing to abstain – one parliamentary private secretary who did so, Angela Richardson, lost her job.

“I don’t feel shame at all,” Kwarteng told Sky News on Thursday. “It was an independent process, an independent vote at parliament. And I’m really interested in seeing the system reformed and made more just and fair by allowing people a right of appeal.”

He insisted the vote, taken on the day that Paterson’s suspension was due to be confirmed, was not “about the rights and wrongs of what Owen Paterson said or did or how he was paid”.

Instead, Kwarteng said it was “about getting a system of fairness back into almost what might be a kind of employment tribunal” and that the right to appeal was something Paterson should have had.

He also suggested the standards commissioner, Kathryn Stone, who led the nearly two-year investigation into Paterson, should consider resigning. Kwarteng said: “I think it’s difficult to see what the future of the commissioner is, given the fact that we’re reviewing the process and we’re overturning and trying to reform this whole process. But it’s up to the commissioner to decide her position.”

Labour said the call by Kwarteng for Stone to consider quitting was just the latest example of ministers trying to avoid public scrutiny. Thangam Debbonaire, the shadow leader of the Commons, said: “Having already ripped up the rules policing MPs’ behaviour to protect one of their own, it is appalling that this corrupt government is now trying to bully the standards commissioner out of her job.

“Johnson must immediately distance himself from these latest attempts to poison British politics. And all decent people of all political beliefs must stand against these naked attempts by Tory MPs to avoid scrutiny of their behaviour.”