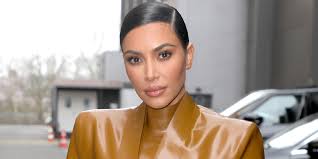 Kim Kardashian West has announced thata one day boycott of  instagram, the social media site that helped make her a star. She said she was freezing her Instagram account for the day.

The U.S star, who has over 218m followes, said she was protesting against the spread of “hate, propaganda and misinformation”

She said she could not “sit by and stay silent” while content was “created by groups to sow division and split America apart”.

She said the platforms were allowing such information to be shared “only to take to the steps after people are killed”.

“Misinformation shared on social media has a serious impact on our elections and undermines our democracy,” she said. The The legal trainee did not specify on which misinformation had sparked her outburst and short protest against instagram.

However, social media enthusiasts would understand her cry, given the unguarded abuse of the platform these days by those who haven’t anything decent or worthwhile to contribute ti the platform. Others will see it as a publicity stunt by one long in the public eye through her career and the achievement of her husband, Kanye West.

West’s mixed character has seen him hit the headlines for both positive and uninspiring reasons. Khardashian often features  in his stories, because of their  tumultuous relationship.

Which ever view is taken, she has a point that is factual. Social media has become a hotbed for hate speech and malicious communications, especially in political discussions, and hate speech by extreme individuals, who hide under their anonymity on those platforms. It serves other very positive purposes too, and is useful to brilliant networking, uplifting, and collaborative action. The bad side still reveals a stench that needs to be improve.

Advocates of change have called for social media platforms to develop technological expertise to establish methods of identifying without question, owners of various social media accounts. Khardashian’s strike against instagram of one day isn’t exactly a lengthy enough boycott or demonstration, but she highlighted her grievance.

Kardashian’s husband rapper Kanye West attempted to join the presidential race but missed the deadline to register in key states.