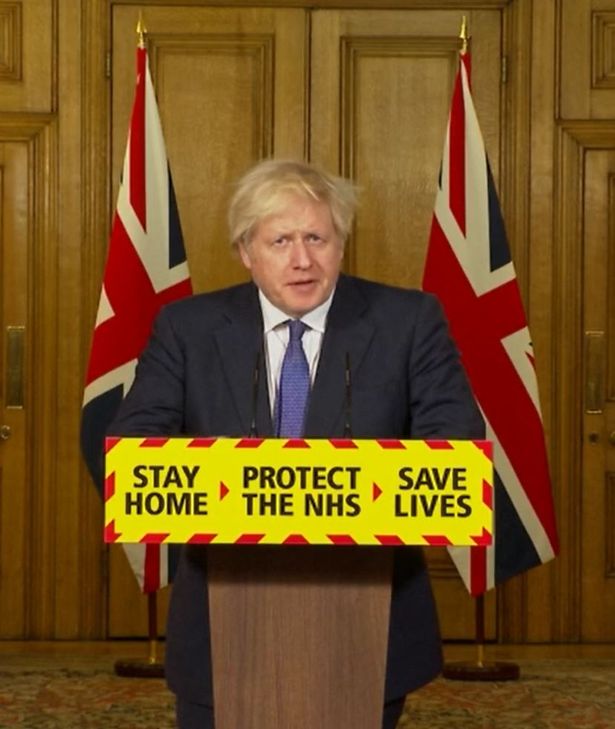 Vaccinating the top four priority groups  that make up  the most vulnerable, will be a crucial factor in determining when the lockdown will be eased, prime minister Boris Johnson said today.

”Depending on the effectiveness of that, we will think about what steps we could take to lift the restrictions, he says, but it will depend on where the disease is and what is happening”, he said.

”We can’t have any false sense of security, as in we lift the restrictions all together and the disease runs riot in the younger generations, he said.

A third of those going into hospital are under 65 and a quarter under 55 – if I remember from memory – the PM says.

The risk is that those numbers of young people infected would be inflated if we let go too soon.

We have to make sure the vaccine programme is working well, that there are no big changes in our understanding of the disease and that we work together to deliver the results of the current lockdown.

There are now 37,000 patients in hospital with Covid across the UK, Mr Johnson said.

“This is not the time for the slightest relaxation of our national resolve and individual effort,” he added.

Boris Johnson says one in three people have no symptoms and this means that people can unwillingly spread it.

Professor Chris Whitty falsely said around 1 in 50 have it, but numbers are levelling off.

The data shows that we have well-exceeded the peak from the first wave.

If you have any serious medical problems, contact the NHS, Mr Whitty says.

The prime minister has been facing opposition from anti-lockdown Mps who are seeking a clear exit map out of the third national  lockdown.

Britain is in its third lockdown since the pandemic was globally publicised. The lockdown has caused plenty of disruption to businesses, although British Chancellor Rushi Sunak has delivered a lifeline to many of those businesses.

Downing Street’s message is to allow enough time for the most vulnerable group to be vaccinated, followed by a factual analysis of where the country is with the virus. An increase in hospitalisations and death rates was behind the second national lockdown, but the third national lockdown came about when a new strain was announced.  It was later discovered that the presence of the new strain was already known long before it was announced.

Public health officials who were out searching the reason for the surge initially presumed that a superspreader event or negligent behavioural  patterns like disregarding social distancing norms, illegal house parties etc, had caused the rapid rise of cases in the area, as per the Wall Street Journal.

It was on December 8 when the group of scientists, Covid-19 Genomics UK Consortium(COG-UK) that collects, monitors and researches on the virus discovered the new variant with 23 mutations, in a test of a patient from Kent, near the centre of outbreak in late September.

The prime minister also announced that all travel corridors will close from Monday, meaning anyone travelling into the Uk from next week will have to self isolate on arrival for 10 days, unless they have a negative test after five days.

ll travel corridors will close from Monday, meaning everyone arriving in the UK will have to self-isolate.

The tighter border restrictions announced by Boris Johnson are aimed at protecting the progress made with the rollout of vaccines in the face of new coronavirus variants being found around the world.

There are now 37,000 patients in hospital with Covid across the UK, Mr Johnson said.

“This is not the time for the slightest relaxation of our national resolve and individual effort,” he added.

Boris Johnson says one in three people have no symptoms and this means that people can unwillingly spread it.

Professor Whitty told the press conference: “We were not sure this was going to be possible with this new variant, but this demonstrates with the actions everyone has taken we are now slowing this right down and we are hoping that in due course it will start to drop.”

However, he warned that hospitalisations are still rising and this is set to continue.