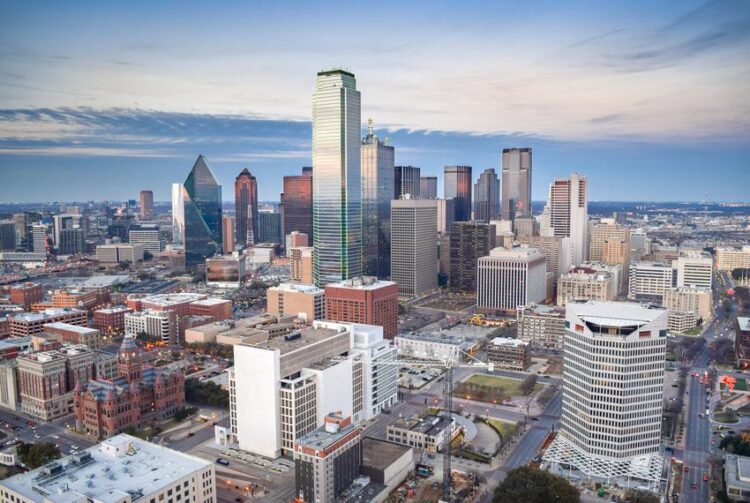 Hospitalisations and new cases of Covid-19 is rising at an alarming rate in the U.S with many leading voices campaigning for more stringent rules on mask wearing in public.

Texas is one of seven states among 26 others experiencing record hospitalisations according to data from Johns Hopkins University show.

Fears of a second wave is also growing, analysts believe it could be gathering pace now and reach its heights in the fall or next winter.The ugly coronavirus is here to stay by the looks of it.

California recorded 5,019 new cases on Monday, topping the state’s daily case record for the fourth time over the past week. In Florida, officials announced 3,289 confirmations in a day. And Arizona saw 3,591 new cases in a day.
In too many places across the country, the pandemic is quickly “spiralling out of control,” one expert said.

More than 2,347,000 people have been infected across the U.S with the virus since the beginning of the pandemic and at least 121,225 have died, according to Johns Hopkins. The country accounts for a quarter of both the world’s total infections and total global deaths.

It’s a stark contrast with other parts of the world, including countries in Europe, which reduced their case counts with the help of longer lockdowns and have now begun to reopen. America is a different world with more people than individual European countries.

The need to speed up testing and promote isolation and contact tracing in the U.S is being highlighted among may prominent voices in America who now see Covid -19 as a stubborn reality refusing to go away. Curbing the spread of the virus in the United States is failing a little bit when considering the rise of the virus is several parts of the Uk

Officials in Harris County should “intervene now” and go back to an “aggressive” lockdown due to the steep increase in new Covid-19 cases and hospitalisations, said Dr. Peter Hotez, dean of the School of Tropical Medicine at Baylor College of Medicine in Houston.

“We are now projecting that our intensive care units will fill up over the next two weeks. And the reason that’s significant is because we know as ICUs start to fill up, mortality goe.s up,” Hotez told CNN on Wednesday.
“It gets harder and harder to manage all of those patients, even if you have — even if you’re fully staffed,” he said. “So, this is when you see mortality rates really start to accelerate.”

Emergency plans are already being put in place due to the increase in new Covid-19 cases, said Will Humble, executive director of the Arizona Public Health Association, on Wednesday.
He predicted the state’s hospitals will go into surge capacity mode by the Fourth of July.

“What I’d be focusing right now on is sounding the alarm to our hospital systems to get ready,” Humble said. “Because no matter what you do at this point, given where we are at the increase in cases, the exponential growth, taking into consideration the incubation period for this virus, we’re going to go into surge capacity mode by the Fourth of July.”

Many of those calling for stricter lockdown rules to slow the spread of the virus are falling on deaf ears. Critics point to the importance of restoring an economy already in dire straits by not stopping the resumption of businesses in the U.S.

One main issue worrying commentators is the fact not everybody is responding to the call to wear masks even as the virus continues to spread.

The perception is that it is optional, as the decision is left to state governors and Mayors who have different takes on it. Although the calls for mandatory rules on wearing masks continue to get louder, not much action is taking place in terms of implementation.

That’s because many Americans want the liberty of being able to feel normal and determine the boundaries of their daily activities themselves.

Imposition of masks is likely to happen soon especially with rally’s taken place in preparation for the elections this year, there will be more and more insistence on people wearing masks in public. Americans want to enjoy summer without the many regulations that may seem intrusive under normal circumstances, but there will continue to be a large chorus for imperative measures to safeguard the interest of the American public.