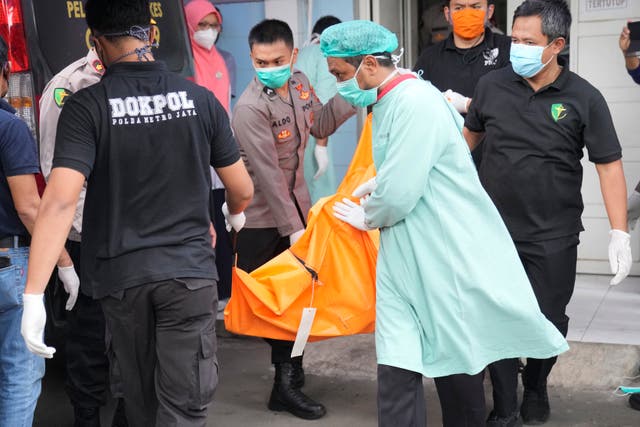 A massive fire has killed at least 41 inmates, including two foreigners serving drug sentences, at an overcrowded prison near Indonesia’s capital Jakarta.

Firefighters worked throughout the early hours of Wednesday to extinguish the flames as black smoke billowed from the compound of the Tangerang prison on the outskirts of the country’s capital Jakarta.

Ambulances filled with body bags were driven from the prison to a nearby hospital morgue after the fire was put out.

Relatives of prisoners arrived at the jail throughout the day to check whether their loved ones were among the dead.

Most of the 41 people killed were drug convicts, including a man from South Africa and a man from Portugal, while other victims included a terrorism convict and a murderer, Indonesia’s law and human rights minister Yasonna Laoly told reporters.

He expressed his deep condolences for the families of the victims and pledged to provide the best treatment for those injured.

“This is a tragedy that concerns all of us,” Mr Laoly said.

Once the fires had been extinguished hundreds of police and soldiers were deployed around the prison to prevent prisoners from escaping, Jakarta Police Chief Fadil Imran told reporters near the scene.

“The situation is now under control,” Mr Imran said, adding that at least 80 people had been taken to hospital, eight of them with severe burns. 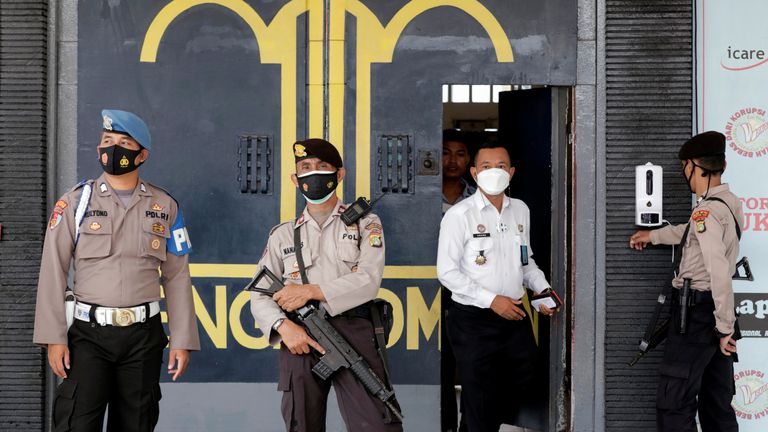 The  shocking blaze broke out at 1.45am in Block C2 of the prison, where the 19 cells that were built to hold 40 inmates were stuffed full with more than triple that number.

The cause of the fire appears to have been an electrical short circuit, according to initial findings, Jakarta police chief Fadil Imran said.

As the fire was brought under control, hundreds of police officers and soldiers were deployed around the prison to prevent inmates from escaping, Mr Imran told reporters.

Tangerang prison which is overcrowded  was designed to house 900 inmates but had more than 2,000, Mr Laoly said.

The government has acknowledged the problem of over-crowding in prisons – with more than half of the system’s inmates being held on narcotics offences as a result of the country’s war on drugs.

The disaster is a tragedy for the prison and the In donesian government, but for the drug dealers, it is bad cama.