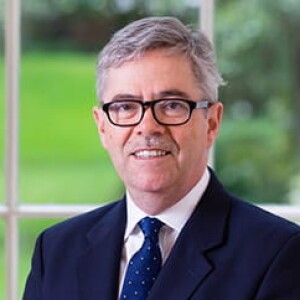 The High Court has ruled that a disciplinary tribunal should hear in full a private prosecution brought against current Law Society president David Greene.

Lord Justice Popplewell and Mr Justice Garnham, yesterday ruled  that the Solicitors Disciplinary Tribunal’s decision to strike out the case in September 2019 was flawed and should be overturned.

The dispute between Davies and Greene relates to a costs issue in a 2016 court judgment. The ruling awarded Greene’s firm Edwin Coe for £7,218. Davies alleged that Greene’s evidence was deliberately misleading to the Tribunal.  The SRA, which would usually bring prosecutions before the tribunal, were aware of the Davies’ allegations, but did not pursue the case.

Davies accused the tribunal of abuse of process and procedural irregularity. He additionally said that the SDT’s decision to dismiss his application was wrong and illegitimate.  Greene’s representatives said the SDT was entitled and right to strike out the application. The case was escalated for judicial ruling.

The appeal judges said the SDT ‘did not engage with the detail’ of Davies’ evidence and was content to rely on the conclusions of the 2016 judgment.

They added: ‘In our judgment, it is at least arguable that the disparity between what Mr Greene said in evidence and the position revealed by the correspondence is capable of supporting a case that the former was not only misleading but deliberately so.’

In a statement, Edwin Coe said: ‘This case is a private prosecution brought by a former client in the Solicitors Disciplinary Tribunal. The underlying events happened some 10 years ago.

Since then Mr Davies’ allegations have been considered both by the court in civil proceedings, by the SRA and by the Solicitors Disciplinary Tribunal. All have found nothing in Mr Davies’ allegations. Although this court as a preliminary issue has now referred the matter back to the tribunal for a full hearing, it has done so without considering any evidence from Mr Greene.

‘This is specifically not a finding of any wrongdoing on his part. We are advised to appeal this decision and will now seek permission.’

The Law Society is the independent professional body for solicitors that pursue excellence in the  legal profession and  uphold the tenets of the rule of law. Mr. Greene is believed to have the greater benefit of doubt, unless contrarily determined.