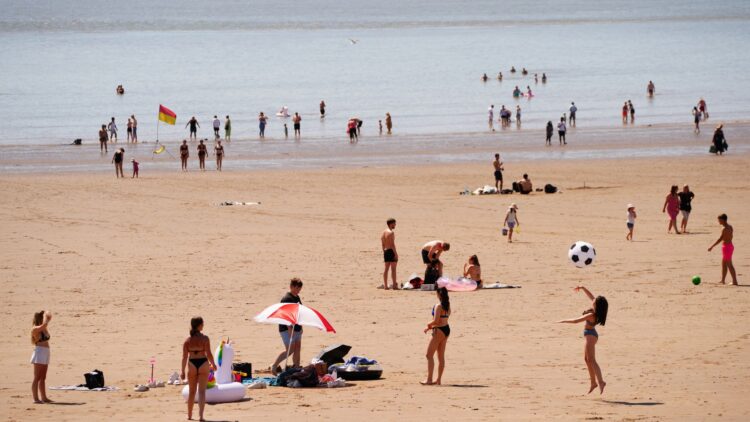 Parts of England and Wales face an “exceptional” risk of wildfires as an amber heat warming comes into place.

The Met Office has raised the Fire Severity Index to exceptional – the highest level – for much of southern England, and stretching as far west as Abergavenny in Wales, for this coming Sunday.

He said: “The risk is very high across much of central, southern and eastern England.

“Going into Friday and the weekend, it starts to increase further, going into the highest category of exceptional risk.”

Mark Hardingham, the chairman of the National Fire Chiefs Council (NFCC) told The Telegraph that he “can’t remember a summer like this” in his entire 32-year career in the fire service.

He said: “We’re not going to see temperatures as hot as we saw three weeks ago, but that doesn’t matter because the ground couldn’t get any drier than it already is.”

Mr Hardingham added: “The wildfires are as prevalent in semi-urban areas as they are in rural communities so it’s difficult to know where the next one will be.”

An extreme heat warning was  also issued by the Met Office yesterday covering most of Devon, and comes into force at midnight. It is scheduled to stay in place until 11.59pm on Sunday (August 14) with the Met Office warning of some delays on roads and public transport networks are possible, which could lead to “welfare issues for those who experience prolonged delays”

The Met Office has issued an amber heat warning running between Thursday and Sunday, which could see temperatures peak at 36C across southern England and eastern Wales.

Mr Petagna said that the temperatures would “widely” be in the 30s across the UK, peaking locally in the mid-30s on Saturday.

“I think the hottest day will probably be Saturday, where we could see 36C in one or two spots,” he said.There is also a heat health alert in place from the UK Health Security Agency, with experts advising people to look out for those who are older or with existing health conditions, as well as young children.

It comes as the driest first seven months of the year in decades and hot spells have left parts of the UK facing looming drought, prompting hosepipe bans and warnings about the impact on agriculture, rivers and wildlife.

The latest analysis from the UK Centre for Ecology and Hydrology (UKCEH) has warned that low or even exceptionally low river flows and groundwater levels are likely to continue for the next three months in southern England and Wales.

Mr Petagna said that rain could be on the horizon early next week.

“There are signs that we could get some rain next week, but details at the moment are uncertain,” he said.

He added that the UK needs “a few weeks” of light rain to water the ground.

“What we really need is a few weeks of light rain to soak into the ground,” he said.

“Thunderstorms are more likely to cause some flooding issues because the ground is hard the water can’t sink in.