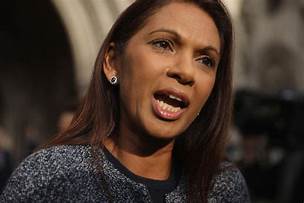 Last month Miller  wrote to Johnson, requesting confirmation he would not advise the Queen to prorogue parliament, but Johnson has proceeded with plans he believes are in the best i9nterest of Brexit.

“Whilst prorogation is an acceptable UK constitutional practice, no prime minister in modern history has attempted to use it in such a brazen manner,” Ms Miller wrote on a fundraising website set up fund the urgent application to the high court for a judicial review.approval from Parliament. Miller is an accomplished business owner who founded the True and Fair Campaign in 2012, calling for an end to financial misconduct in the investment and pension industries. She also founded the True and Fair Foundation.

Speaking to BBC News, Ms Miller said the PM was “hijacking the Queen’s prerogative power” and using it for “unscrupulous means”.