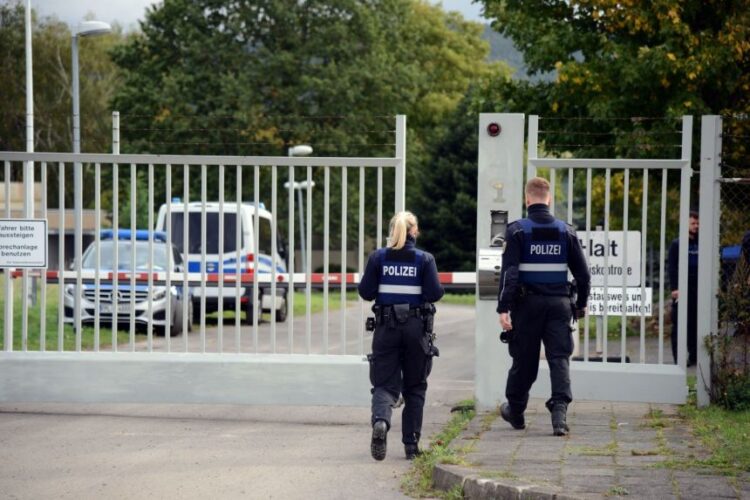 German police have taken down one of the world’s biggest online networks for sharing child sex abuse images as part of an international operation.

Four people have been arrested in connection with the ‘Boystown’ dark web platform, which  had more than 400,000 registered users and shared content depicting serious sexual abuse of minors.

Investigators spent months probing the site and those behind it, before arresting three main suspects along with a fourth man in raids last month.

The suspect in Paraguay’s Concepcion region, also a German citizen, is to be extradited back to Germany on the basis of an international arrest warrant issued by a court in Frankfurt.

Three of the men are accused of having managed the platform as administrators, providing technical support and advice to members on how to avoid being discovered by the authorities, while another was “one of the platform’s most active users”, police said.

Investigators added that the months-long, German-instigated operation had been coordinated by Europol and supported by law enforcement in the Netherlands, Sweden, the United States and Canada.

According to Europol, several other dark web chat sites used by paedophiles were also shut down through the operation, which also involved law enforcement agencies from the United States, the Netherlands, Sweden, Canada and Australia.

Since mid-April, three men aged between 40 and 64 have been arrested in separate locations in Germany in connection with the site. Meanwhile, a fourth man, who is also German, was arrested in Paraguay, where he is believed to have been living for several years, and is currently awaiting extradition back to his home country.

One of the suspects – a 64-year-old man from Hamburg –  has been responsible for more than 3,500 posts depicting sexual abuse of children.

In a statement announcing the seizure and closure of ‘one of Europe’s most prolific child sex abuse platforms’, Europol said it expected more arrests would be made in multiple countries as investigations into the content shared on the dark web site continued.

Europol also said that the size of the platform exhibited the ‘resilience’ of online paedophile communities, writing, ‘Online child offender communities on the dark web exhibit considerable resilience in response to law enforcement actions targeting them. Their reactions include resurrecting old communities, establishing new communities, and making strong efforts to organise and administer them.’

News of the Boystown investigation comes a year after authorities warned that demand for online child sex abuse content was seeing a surge during lockdown. Data reported by the BBC showed that between March and April 2020, demand for ‘obscene online material’ doubled globally to more than four million, while the number of sites being removed by tech companies was down 89%.

Authorities have also warned that over the course of the pandemic children have become more vulnerable to exploitation and abuse.

Children are more vulnerable, they’re isolated, they’re not being as well supervised online and they’re spending more time online during this period than they would have previously.

Those conditions lend themselves to children being approached in different ways or coerced or exploited.