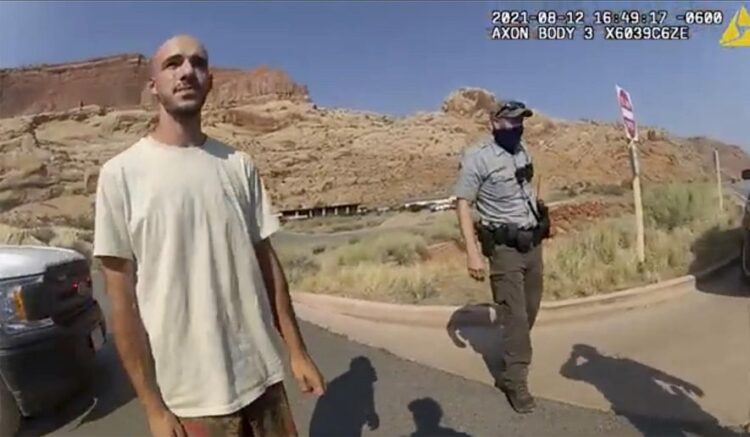 The father of missing Brian Laundrie, Christopher, has joined the manhunt for his son, after he disappeared days before the body of his ex girlfriend, Gabby Petito was discovered.

Christopher joined search crews who have been scouring the Carlton Reserve for several weeks, trying to locate Laundrie

Laundrie has been officially described as a person of interest in the death of his fiance, Gabby Petito.

Christopher arrived in a red Dodge Ram pick-up truck and entered the park through a locked gate. He was driving around with law enforcement officers in unmarked vehicles.

His search for his son comes after the family initially supported Laundrie’s decision to communicate with U.S police through an attorney, instead of talking to them himself to give his version of her whereabouts.

Cops attempted to speak to Laundrie shortly after he returned from a camping trip he embarked on with his girlfriend, Gabby, when he came without her, and made no efforts to assist the search to locate the then missing 22 year old girl.

They said they could not arrest Brian because they had foubnd no body, and therefore had no evidence a crime had been committed.

Christopher has now been asked to point out his son’s favorite trails and camping spots in the park.

Although police have not yet described him as a suspect, the overall circumstances of his silence and sudden disappearance makes him a strong suspect in terms of involvement in the murder of his  girlfriend.

Laundrie is aware his girlfriend is dead, but has gone missing for weeks now, with no trace of his whereabouts.

Police were called to attend to a disturbance when the couple were fighting whilst camping and documenting their experiences on Youtube.

The search for Laundrie has been well publicised in America and all over the world, but there is no sign of him whatsoever. He has simply vanished.

Prosecutors have warned his parents that should it emerge they helped him flee, they could face criminal charges for obstructing justice.