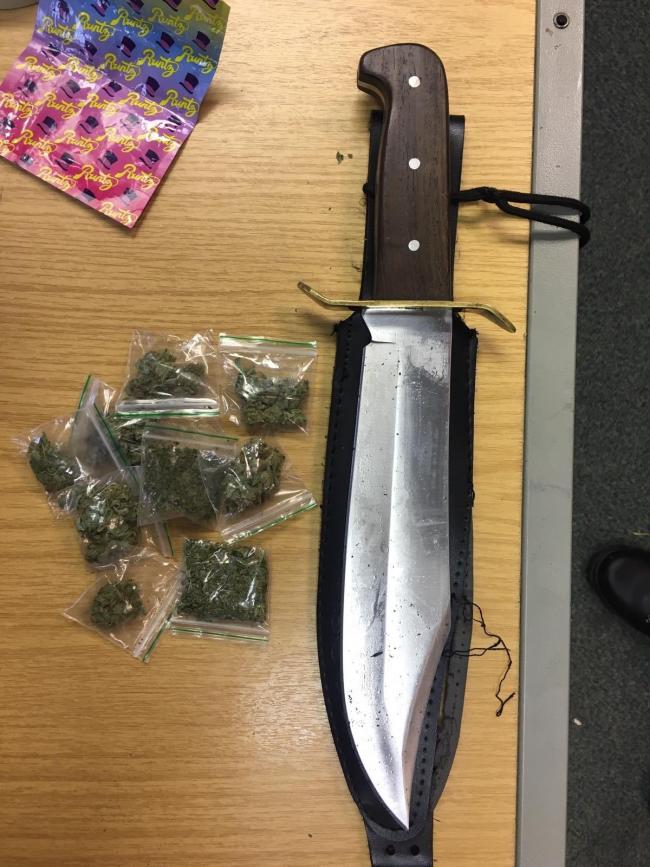 A 14-inch knife and several small bags of cannabis has been found hidden in a pipe.

The  illegal items were spotted by police community support officers Cole and Farrant in Waltham Abbey on Sunday, November 17. It is believed that the owner of both the illegal weapon and the cannabis deposited them there as a precautionary measure when they saw police.

An officer from the Epping Forest Community Police told The Eye Of Media.Com: ” usually when illegal weapons like this is found hidden somewhere it is because the owner felt the need to dispossess themselves of the thing they believe could get them in trouble in the event of a police search.

”The individuals may be wanted by police for some unrelated offence or believe there is a strong likelihood they may be searched, if for instance, they are in the company of someone who has recently committed a serious offence for which they may be implicated as an accomplice. An investigation has been launched to identify the owner.

“PCSO’s on patrol in #walthamabbey and following intelligence reports from the public , have found this knife stashed in an out pipe. We do take action on what we are told. knife removed, a potential life saved. #communitypolicing.