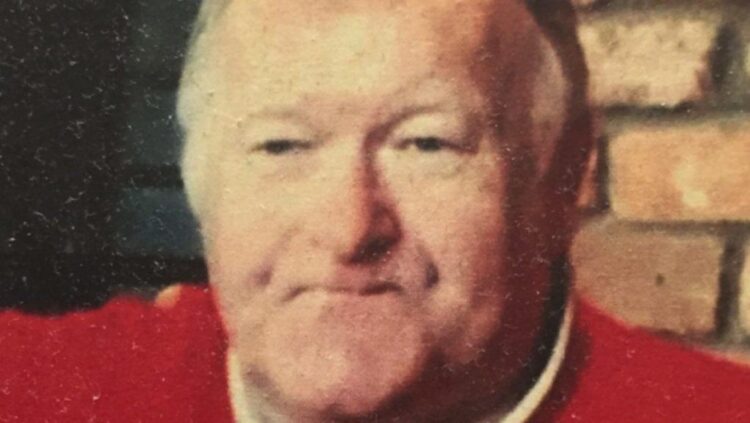 A drunk driver returned to the pub after smashing into a bus stop and killing a man, a court heard.Martin Henderson, 30, was travelling at more than double the speed limit when he lost control of his car while overtaking and crashed into people waiting at a bus stop in Aberdeen.

Allan Forbes, 70, was thrown into a nearby car park by the force of the impact, sustained “catastrophic, unsurvivable injuries” and died at the scene at Inverurie Road, Bucksburn.

Chloe Donaldson, then 18, who was waiting a short distance from the bus shelter, was severely injured and now has metal pins holding part of her leg together.

The High Court in Edinburgh heard Henderson fled the scene for a nearby pub, where he ordered a pint and then returned home to Inverurie, Aberdeenshire, told his partner he had “fxxxed up”, opened two cans of lager, reported his car stolen to the police and fell asleep on the couch.

The former engineering supervisor for an offshore oil company pleaded guilty on Tuesday to causing death by dangerous driving and attempting to pervert the course of justice.

The court heard he has six previous convictions for driving offences, including drink driving, speeding and careless driving, and has previously been given three driving bans.

Judge Lord Mulholland told Henderson, who was tearful throughout the hearing, he is facing prison, having turned his car into “a lethal weapon” on November 9 last year.

Advocate depute Graeme Jessop told the court Henderson visited two pubs in Inverurie on the evening of the crash, drinking two and a half pints, before getting behind the wheel of his BMW at around 7.30pm with a workmate as a passenger.

As he headed along the A96 towards Aberdeen, he drove at 60mph in a 40mph limit section, undertaking a car then straddling two lanes.

He then drove through a red light, narrowly missing colliding with a van, before overtaking on a bend at an estimated speed of 97mph.

On the approach to the crash site, he was travelling at 67mph in a 30mph section of dual carriageway when he began overtaking a car, lost control, hit a Nissan Pixo before crashing into the passengers at the bus stop, at around 7.50pm.

The Nissan Pixo hit the central reservation but the driver, his son and his son’s friend who were inside were not injured.

Henderson’s passenger also avoided injury, stayed at the scene and told the police Henderson had been driving.

Mr Jessop told the court retired bus driver Mr Forbes was waiting for a bus as he planned to meet his son in a pub.

He leaves behind his wife of 47 years, Caroline, two sons and a daughter as well as four siblings.

“You have taken a life and given that poor family a life sentence.”

He said Ms Donaldson had suffered a “horrific injury” and could face life-long consequences.

Lord Mulholland continued: “You should be thoroughly ashamed of yourself.”

The court heard Mr Forbes’ family and Ms Donaldson had wanted to attend court but decided not to with reluctance after being “strongly advised” by the Scottish Courts and Tribunals Service not to due to coronavirus.

P.S: This article was published with the knowledge and approval of The Pess Association