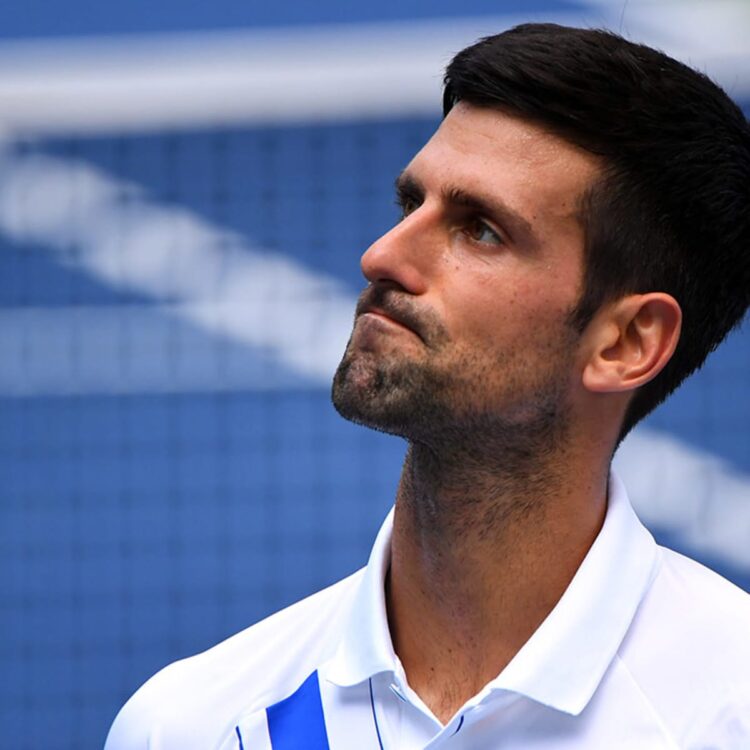 Novak Djokovic is at the mercy of the Australian government and  could face a fine or even prison, after his admission that he broke isolation while he had Covid last month, lawyers have said, as the Serbian prime minister warned that his behaviour appeared to be “a clear breach” of the rules.

The 34-year-old Belgrade-born tennis player  has really rocked the boat with a series of revelations that he broke rules associated with Covid-19  on top of the existing complications he had been facing with his visa. The drama is already affecting relations between the Serbian and Australian government, and like a football match, has began tilting towards the favour of Australia , as far as validity of argument is concerned.

Djokovic is  aiming for a historical 21st grand slam victory at the Australian Open beginning on Monday, but facies the ugly prospect of deportation by the Australian government after the Minister of Immigration threatened to revoke his visa despite the favourable court ruling on Monday.

Djokovic’s acknowledgement to have knowingly attended a newspaper interview and photoshoot in the Serbian capital on 18 December after testing positive for Covid-19 spells potential bad news for him, after he described this as an “error of judgment”.

The player also blamed “human error” by his support team for a mistake in his immigration paperwork, saying they had failed to declare that he had travelled outside Serbia – to Spain – in the two-week period before entering Australia.

Lawyers in Serbia told local reporters that breaking the country’s strict isolation rules was an offence under article 248 of the criminal code, and subject to a fine or prison sentence of up to three years – although community service was more likely. That looks bad for the tennis ace who knows the rules and messed up spectacularly in breached Covid rules for the world to see.

Djokovic was freed from an immigration detention hotel in Melbourne on Monday after a judge ruled his treatment was unreasonable. The unvaccinated star is relying on a recent previous coronavirus infection for an exemption allowing him to play.

In an affidavit to the court, Djokovic said he was “tested and diagnosed” as having contracted Covid on 16 December. In his statement on Wednesday, however, he said was not notified of his positive status until the following day.

He said he was not aware he had tested positive until after a tennis event he attended in Belgrade on 17 December to present awards to children, but admitted he was aware of his status when he went to his tennis centre on 18 December for an interview and photoshoot for L’Equipe.

Lawyers in Serbia said that as a major public figure, Djokovic, who is a national hero in his home country, risked an exemplary sanction if found guilty, but suggested he should in principle be able to negotiate a community service order.

In the early stages of the pandemic, several Serbs who tested positive for Covid were handed jail sentences of up to three years up for not isolating for the obligatory 14 days, although more recent convictions have typically entailed fines of about 150,000 dinar (£1,060).

The Serbian government and media are unsurprisingly supporting their star to the extent of a breakdown in relations with the Australian government gathering pace. An open criticism against the Australian ministry of immigration by the deputy mayor of Belgrade, Goran Vesić, can only make things worse when hard facts don’t favour their man.

In an op-ed article for a Serbian paper, the deputy mayor of Belgrade, Goran Vesić, attacked the Australian immigration minister, Alex Hawke, who is still considering whether to exercise personal powers to again revoke the player’s visa.

“No one had heard of a certain immigration minister in Australia, Alex Hawke – but the whole world has heard of Novak Djokovic,” Vesic wrote. “Well, the world finally found out who Mr Hawke is.”

Hawke would be “anonymous had he not held his citizens in house arrest for almost two years, treating them like convicts,” Vesic continued. “The Serb opposition calls us, the ruling party, dictators – but trust me, neither the president or any one of us would ever annul a court decision”.

Hawke is right in this respect, but not after it comes to light that on top of being unvaccinated with all its controversies in Australia, Djokovic broke Covid rules. He must be begging for mercy at this point, and so should his government back in Serbia.