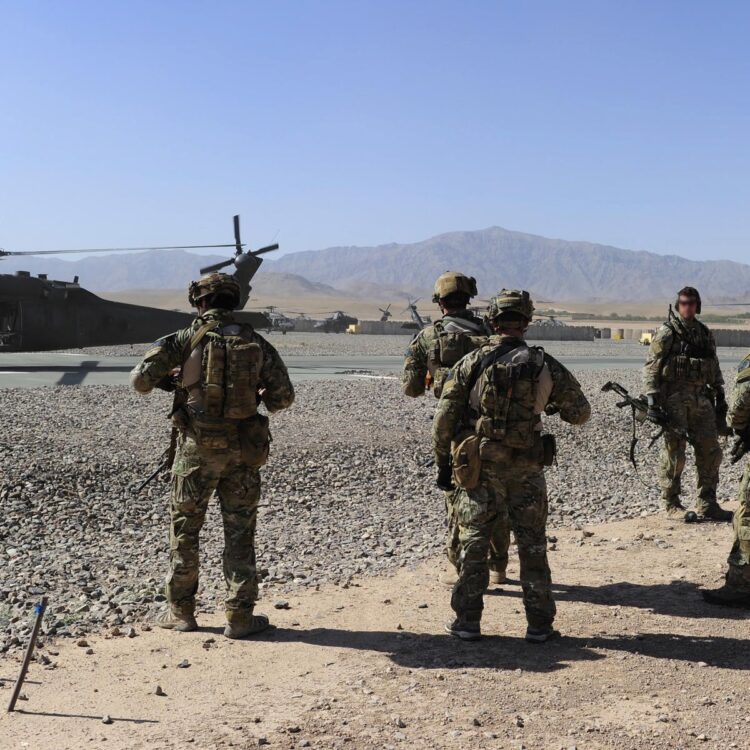 A report revealing that Australian elite soldiers unlawfully killed 39 people during the Afghan war has shamed the Australian army and its government.

The Australian Defence Force (ADF) released  the findings after a four-year inquiry into misconduct by its forces. It said 19 current or ex-special forces soldiers should be investigated by police over killings of “prisoners, farmers or civilians” in 2009-13. The ADF blamed crimes on an unchecked “warrior culture” among some soldiers. Australian forces have been in Afghanistan since 2002, following the overthrow of the Taliban, as part of a US-led coalition. Initially the international forces’ role was to train Afghan troops but they became increasingly involved in fighting insurgents.

Leading the inquiry, Maj Gen Justice Paul Brereton held interviews with more than 400 witnesses. The inquiry also found evidence  that Junior soldiers were told to get their first kill by shooting prisoners, in a practice known as “blooding”. Weapons and other items were planted near Afghan bodies to cover up crimes An additional two incidents could constitute a war crime of “cruel treatment”, the report said.
Afghanistan said it had been assured by Australia that it was committed to “ensuring justice”.

Samantha Crompvoets, an academic who carried out the initial research into the incidents, told the BBC they were “deliberate, repeated and targeted war crimes” and said she felt vindicated by the report.

Australia has had forces in Afghanistan since 2002, following the overthrow of the Taliban, as part of a US-led coalition. Initially the international forces’ role was to train Afghan troops but they became increasingly involved in fighting insurgents.

It said 25 special forces soldiers had taken part in unlawful killings directly or as “accessories”, across 23 separate incidents. ADF chief Gen Angus Campbell said none of the incidents could be “described as being in the heat of battle”.

“None were alleged to have occurred in circumstances in which the intent of the perpetrator was unclear, confused or mistaken,” he told reporters on Thursday.

“The report notes that the distorted culture was embraced and amplified by some experienced, charismatic and influential non-commissioned officers and their proteges, who sought to fuse military excellence with ego, elitism and entitlement,” he said.

“Platoon commanders were encouraging or insisting junior soldiers execute prisoners to achieve their first kill, so it was that sort of pattern of behaviour of grooming these junior soldiers for, or initiating them into, the squadron – that’s what was very disturbing,” she told BBC World Service’s Newsday programme.

The inquiry was conducted behind closed doors, meaning few details have been reported until now.

The office of Afghanistan’s President Ashraf Ghani said Mr Morrison had phoned to express his “deepest sorrow” over the findings. The country’s foreign ministry, quoted by AFP, said the incidents mentioned in the report were “unforgivable” but its publication was “an important step towards justice”.

The Afghanistan Independent Human Rights Commission (AIHRC) welcomed the report but noted it had not established enough evidence to ensure criminal prosecution.

It said it was vital that this be sought and “adequate compensation” provided without delay.

“Only through a series of independent inquiries will we uncover the true extent of this disregard for Afghan life, which normalised murder, and resulted in war crimes,” it said.

Elaine Pearson, from Human Rights Watch, told the BBC: “This is a vindication – this is an acknowledgement that these crimes occurred.”

Dr Crompvoets said she had faced “huge resistance” when her initial report was leaked but had now been proved right.

“I was certainly criticised for being a female, a civilian, a feminist, that somehow I was trying to feminise defence,” she said.

“It wasn’t about me not understanding what it’s like to be at war,” she added. “It was quite evident there were fundamental things that had gone wrong.”