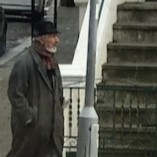 By Gavin Mackintosh And Victoria Mckeown

Depressed rogue landlord, Robert Crow, is living in perpetual darkness without electricity, and is struggling to pass credit check for  new accommodation, despite selling one of his properties  about a month ago, for which he received £2ok.

The 71 year old landlord is no longer as penniless as he has been for the past year. He says he is struggling from severe anxiety after recently battling suicidal thoughts following the loss of most of his property. He eventually lost three of his four flats after his income was stopped by Southend Borough Council due to continuous breaches of HMO regulations.

He is left with one flat saved from repossession after Boris Johnson froze all repossessions at the beginning of the first lockdown in March.

The Mortgage providers of the only property where he currently lives in  utter darkness, resumed proceedings a week before the second lockdown this month, giving him more time on his hands to ponder his next move.

However, the former landlord managed to sell  one of the repossessed properties under an arrangement with the mortgage providers, who were taking too long to find a buyer. Mr.Crow’s eventual buyer  from Ilford incidentally tracked him down after reading our articles about him online.

After paying off his debts, he was left with £20k.  He used chunks of it to settle some of his mortgage arrears for the flat he now occupies, but the mortgage lenders haven’t left him off the hook. They have resumed proceedings against him, and he is struggling to enjoy what’s left of it because he needs new accommodation. He also resumed a smoking habit he packed in decades ago, to help him cope with the pressure.

He told The Eye Of Media.Com: ‘I am struggling to see light at the end of the tunnel and have been battling depression for a long time now. My electricity supply was withdrawn by eon last year, and I have been in darkness ever since. The problem now is that two attempts I have made to rent a property have been denied because I failed the credit check.

The only reason I failed the check was because of my financial situation of debts caused by Southend Council. I have been saying all along that this is a corrupt council, but nobody is listening to me.

Mr Crow said Southend Borough Council victimised him for housing the homeless. He said: ”I think they should have nudged me gently and tried to work with me. What they effectively did was bankrupt me until I lost most of my property.

I was the victim of a sustained campaign by the Council. I’ve ben left without electric for months, and have been forced to have residents living in my property despite a court order against it.

The police have ignored my requests to get this couple out who haven’t paid a penny. I have been used and abused by the system, nobody has given me any credit for accommodating the homeless,  I have hateful neighbours who are in with the council against me’.

Mr.Crow’s property was the subject of several criminal activities, including drug dealing and violent incidences. On one occasion, his home was raided by cops who arrested four youths from country lines. Then in 2018, mr.Crow contacted police to say he witnessed one of his tenants doing a drug deal, and was scared police would raid his home again.

Neighbours living on the upmarket Devereux Road became so frustrated with the series of anti-social behaviour on their road that a number of them made statements to police complaining about the property. He isn’t popular on his road.

One of the neighbours  that lives close to him said: ”he is a really foolish man, he could have had it all.  He should have sold it all when he had the chance. Living so close to him has been a nightmare. It will be a celebration seeing him go”.

In response, Mr.Crow said: ‘ in which world does one get victimised for the anti-social behaviour of others? If people being saved from dying on the streets can’t behave, that’s the job of the police, not mine. I am being cheated badly by the system. I don’t think they don’t want to stop until they see me dead or in jail

Mr Crow is in a strange position to be living without electricity for about a year.

He is due for sentencing next Monday, after pleading guilty for breaching a CBO order. He describes the legal case against him as ”a conspiracy designed to ruin a man who was helping the homeless by doing a job the council couldn’t do properly’. I don’t think there is any justice in this country”.