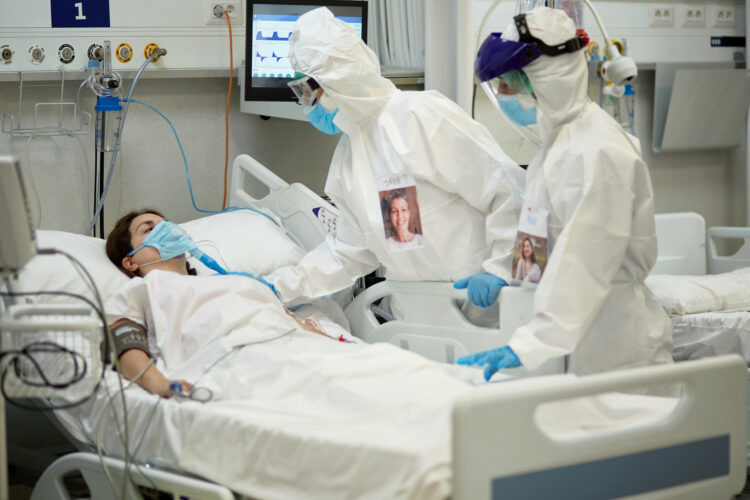 COVID patients need to be monitored for at least a year after recovery, according to researchers.

Researchers say  unvaccinated COVID patients are at a greater risk of death and cardiovascular disease for at least 18 months after infection, according  to new research

The findings come following a study of more than 160,000 people during the first year of the coronavirus pandemic .which rocked the world and changed the way we live.

Patients also had a higher risk of developing cardiovascular disease, again up to 18 months after infection, which researchers say forms part of long covid.

Researchers say their findings indicate that  covid patients should be monitored for at least a year after recovery.

Over 7,500  covid patients were identified for the study through UK Biobank, a large biomedical database containing huge amounts of health data on half a million participants across the country.

Individual patients were matched with up to 10 people who did not catch covid during the first 18 months of the outbreak, and with a historical cohort from back in 2018.

Researchers chose uninfected people who had similar profiles to those who caught coronavirus, with an average age across all three groups of 66 and nearly equal numbers of men and women.

Lead study author Professor Ian Wong explained: “The historical control cohort was included to rule out the effect of routine health care services being reduced or cancelled during the pandemic, which led to worsening health and increased mortality even in uninfected people.”

Medical records were monitored for outcomes including heart failure and heart attack, a stroke, death from cardiovascular disease, and all-cause death.

People who had experienced heart disease before were excluded from the analysis.

COVID patients were found to be approximately four times more likely to develop major cardiovascular disease within three weeks of infection, and 40% more likely within the subsequent 18 months.

Those who had severe COVID were even more likely to develop a condition or die in the same timeframe.

The virus was said to have started in china, though the precise source has been subject to much controversy.

The findings of the research have been published in Cardiovascular Research, a European Society of Cardiology journal