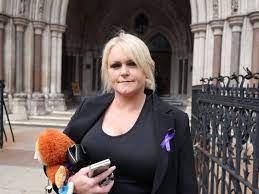 An application to delay the withdrawal of life-preserving treatment being provided to brain-damaged 12-year-old Archie Battersbee has failed.

The Court of Appeal has granted a stay on the withdrawal of life support until midday tomorrow.

Archie – who has been on life support since April after being found unconscious at home by his mother in Southend, Essex – was set to have treatment withdrawn at 2pm today.

The Court of Appeal held a hearing which began at 11am on Monday in response to interventions from the British government and the UN, but did not change its stance on its earlier decision.

The hearing was merely a procedure to respect the intervention, but a change of its legal position would have made its previous ruling appear ill considered and not well thought out.

Doctors treating Archie at the Royal London Hospital in Whitechapel, east London, say he is brain-stem dead and continued life support treatment is not in his best interests.

The UN’s Committee on the Rights of Persons With Disabilities had asked the UK government to stop Archie’s life support being withdrawn until it had the chance to review the case.

Sir Andrew McFarlane, presiding over the case at the Court of Appeal, said the Convention on the Rights of Persons with Disabilities, which the UN committee based its request on, is an “unincorporated international treaty”.

Sir Mcfarlane said: “It is not part of the law of the United Kingdom… and it is not appropriate for this court to apply an unincorporated international treaty into its decision-making process.”

The judge said that was the decision that has been taken in the courts of England and Wales.

Sir Andrew said Archie’s case was “stark” as “his system, his organs and, ultimately, his heart are in the process of closing down”.

Archie’s parents had also written to Health Secretary, Stephen Barclay following plans to switch off their son’s life support machine. She said: “If this happens, this will be an extraordinary cruelty, and a flagrant breach of Archie’s rights as a disabled person.

“Archie is entitled to have the decisions about his life and death, taken by the NHS and UK courts, to be scrutinised by an international human rights body. Hastening his death to prevent that would be completely unacceptable.

“I trust that you will now act immediately, as a member of the government responsible for the NHS, to ensure that this does not happen, and our country honours its obligations under the international human rights treaties which we have signed and ratified.”

Mr. Barclay acted with  a letter to the court, but all to no avail.

The court adjourned to allow Archie’s parents and their lawyers to mull a possible bid to ask the Supreme Court for permission to appeal against the decision.

Speaking to Sky News, Ms Dance admitted the last few months have been an “emotional rollercoaster” for the family and said: “It’s been very draining. Stress levels are through the roof. Very heart-breaking. It’s been a very hard few months.” Asked how she is feeling about successful today’s hearing will be, she said: “I don’t know really. I guess because of all the court appearances and things that we’ve had now and it seems … everything, apart from obviously the appeal that we won, everything seems to go in the trust’s favour. It’s just left me feeling very anxious all weekend. I’ve carried a lot of anxiety here in my chest. It just feels awful.”

When asked what she would want to see the government doing at this stage, Ms Dance said: “Just to overlook the decision that the justice system make, really. We shouldn’t have to go outside our justice system to do the right thing by the citizens in this country. This is a 12-year-old…this is a child. They say about Archie’s best interests, I don’t believe for one minute that Archie’s best interests would be to put his parents through what we’re being put through. Our little boy wouldn’t like that.

Expert opinion about  Archie’s condition has so far not been unified.

One expert told the court in June that tests had shown no “discernible” brain activity, but revealed “significant areas of tissue necrosis”, and she added: “We believe that it is very likely that he is brain-stem dead.”

Those comments came after a doctor at an earlier hearing told the judge that the brain stem was responsible for the functions that kept people alive.

However, another specialist  on they same day told the court  he knows of cases where people diagnosed as being dead by “neurological criteria” have been proved to be alive.

Dr Alan Shewmon told Mrs Justice Arbuthnot, who has been asked to decide what moves are in the best interests of 12-year-old Archie Battersbee, that the only sure “diagnostic criterion” for death was the “permanent and irreversible absence of circulation”.

Dr Shewmon, who was asked to provide a report by lawyers representing Archie’s family, told the judge on Tuesday that there were “referenced” cases of where “a person diagnosed as being dead by neurological criterion” had subsequently “proved not to be dead”.

“There is no diagnostic protocol for either ‘brain death’ or ‘brain stem death’ that enjoys zero risk of false positive error – declaring a live patient dead,” Dr Shewmon, who gave evidence via a video link, told Mrs Justice Arbuthnot.

“The only absolutely sure diagnostic criterion for death is the permanent and irreversible absence of circulation.”