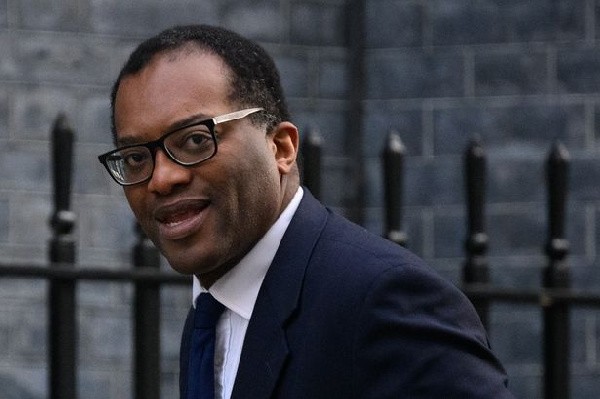 Chancellor Kwasi Kwarteng has unveiled the biggest package of tax cuts in 50 years, as he hailed a “new era” for the UK economy.

Under his economic master plan, a previously planned rise in Corporation tax rise will be cancelled, keeping it at 19% as government sets sights on 2.5% trend rate of growth.

A basic rate of income tax cut to 19% in April 2023 – one year earlier than planned – with 31 million people getting on average £170 more per year.
Stamp Duty cuts will help people on all levels of the property market and lift 200,000 homebuyers every year out of paying the tax altogether. The plan sets the ambitious target for 2.5% trend of growth, securing sustainable funding for public services and improving living standards for everyone.

He has pledged a cut in income tax, and the stamp duty on home purchases will be cut and planned rises in business taxes have been scrapped, as the pound dropped to a 37 year low.

Mr Kwarteng said a major change of direction was needed to kick start economic growth. Labour said it would not solve the cost-of-living crisis and was a “plan to reward the already wealthy”.

Revealing further tax reforms, Kwasi Kwarteng outlined sector specific support for pubs and hospitality, freezing alcohol duty for another year. Reforms to modernise alcohol duties will also be taken forward and the government will publish a consultation on these plans. The new measures backing business come on top of the government’s Energy Bill Relief Scheme for businesses to cap costs per unit.

This will protect them from soaring energy costs this winter by providing a discount on wholesale gas and electricity prices.

The Chancellor also reiterated the important principle of people keeping more of what they earn, incentivising work and enterprise. He announced a 1p cut to the basic rate of income tax one year earlier than planned.

As from April 2023, the basic rate of income tax will be cut to 19% and will mean 31 million people will be better off by an average of £170 per year. Due to the combined impact of the reversal of the HSCL and the reduction of the Income Tax Basic Rate, someone working full time on the current National Living Wage will see a tax cut of over £100.

Alongside cutting the basic rate of income tax, the Chancellor also abolished the additional rate of tax, taking effect from April 2023. It will be replac a single higher rate of income tax of 40%. The policy removes the UK’s previous top rate tax, which was higher than countries like Norway, USA and Italy, and is designed to attract the best and the brightest to the UK workforce, helping businesses innovate and grow.

In a further move to grow the economy, the Chancellor announced plans to accelerate new roads, rail and energy infrastructure. In 2021 it took 65 per cent longer to get consent for major infrastructure projects than in 2012. New legislation will cut barriers and restrictions, making it quicker to plan and build new roads, speeding up the deployment of energy infrastructure like offshore wind farms and streamlining environmental assessments and regulations.

In a sharp departure from Boris Johnson’s economic policies, Mr Kwarteng has scrapped plans to push up taxes to pay for public services with the aim of boosting economic growth.

In a Commons statement, being dubbed a mini-budget he said high tax rates “damage Britain’s competitiveness”, reducing the incentive to work and for businesses to invest.

He announced that the basic rate of income tax would be reduced by one percentage point to 19% in April – one year earlier than planned.

He also unveiled a cut to the top rate of income tax from 45% to 40%, meaning the UK will have a single higher rate from April.

In other measures, the Chancellor said the threshold people in England and Northern Ireland start paying stamp duty on home purchases will rise to £250,000. The threshold will rise to £425,000 and the value of the property they can claim relief will increase from £500,000 to £625,000

Mr Kwarteng fulfilled promises to reverse the rise in National Insurance payments introduced by Mr Johnson to pay for social care and tackle the NHS backlog.

Mr Johnson added that the plans were a “big gamble”, with money being pumped into the economy when inflation remains high. However, he said they were “manageable” if economic growth “really picks up”.

Labour described his statement as “an admission of 12 years of economic failure”.

“The chancellor has made clear who his priorities are today. Not a plan for growth. A plan to reward the already wealthy. A return to the trickle-down of the past. Back to the future, not a brave new era.”