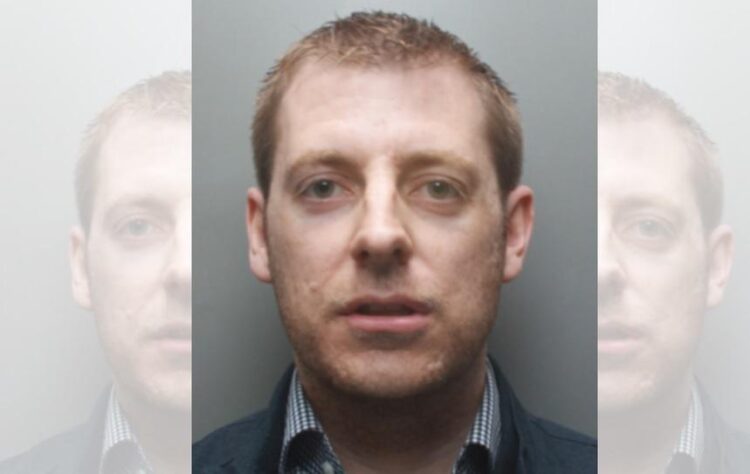 A British man who was Principal of an international school in Iraq has been jailed after grooming and attempting to sexually exploit children around the world using social media.

Big time pervert, Nicholas Clayton, (pictured)38, from the Wirral, was working in the Kurdistan region of Iraq when he used Facebook messenger to contact children as young as 10 in multiple countries, grooming them and asking them for photos.

After receiving intelligence that a 13-year-old boy from Cambodia had been contacted on Facebook messenger by a man who asked for photos of his naked upper torso, National Crime Agency investigators identified Clayton as the perpetrator.

The paedophile had subsequently arranged to pay for the boy to travel to Malaysia so they could meet.

Clayton was arrested by NCA officers when he returned to the UK. To mitigate the potential risk of further offending, NCA officers successfully obtained a court Sexual Risk Order, which prohibited Clayton from worldwide travel while the investigation continued.

Investigators then obtained further messages from social media platforms, which showed Clayton had been in communication with hundreds of boys aged from 10 to the late teens around the world over a period of just three months.

Chats were found with victims in the Philippines, Sri Lanka, Singapore, Thailand, Indonesia, Iraq, Morocco, Turkey amongst others.

Clayton appeared at Liverpool Magistrates Court on 23 August where he pleaded guilty to three counts of sexual communication with a child under 16 years and one charge of inciting the sexual exploitation of a child.

He was sentenced at the Liverpool Crown Court on Tuesday (20 September) to 20 months imprisonment and made subject of a Sexual Harm Prevention Order for 15 years.

Hazel Stewart, from the NCA, said: “Nicholas Clayton abused his position of trust as a head teacher by attempting to sexually contact and exploit children, using technology to access hundreds of potential victims across the globe.

“Clayton was very cautious and careful in his communications, making them appear to be innocent, but as NCA investigators we could see the patterns of predatory grooming he was using on vulnerable children.

“Protecting children from sex offenders is a priority for the NCA, and we continue to pursue criminals in the UK and internationally to ensure abusers like Clayton are held to account.”