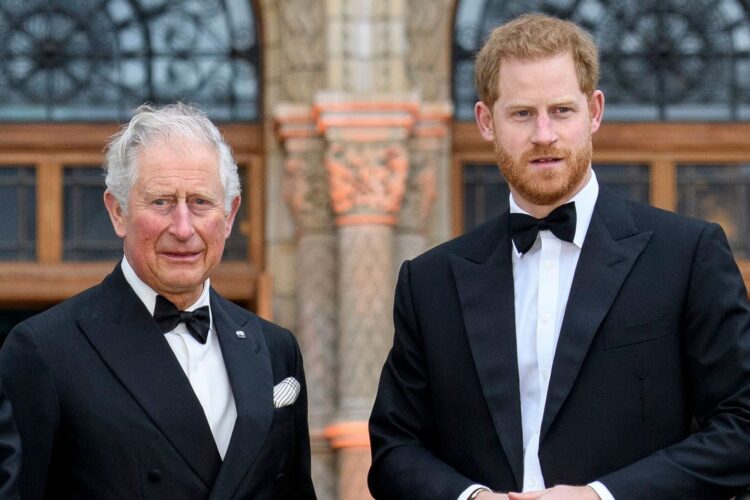 The British press may be adding to the strain in Prince Harry’s strained relationship with his father, without realising it.

The wide publication of Prince Charles photograph of himself, Prince Harry and baby Archie on May 6th to celebrate the first birthday of Archie only served to worsen the tension, contributor Hortensia Daniels tod The Eye Of Media.Com today. ”Nobody considered the fact this would only increase the strain between father and son, even if for reasons of his own, Prince Chares was upset with Meghan Markle. Excluding her from a pubic photo involving her child was at best insensitive, but it did not need the press making matters worse.

The press did what it does best, which is to publicise the story. This publication also reported the news, since it was factual news- but I fear this was a collective mistake by the press. The propaganda could have been skipped to spare the two the extra heart ache. It’s tantamount to stirring trouble in an already troubled family”.

Criticism of either Prince Harry or Meghan Markle in the press cannot be stopped or avoided. Criticism is most important when it is reasonable, based on facts, and valid.  Prince Harry and Meghan’s marriage and relationship with the royal family has been an open book, with some criticisms that would have validity behind them.

Psychologists and mental health experts spoken to believe that the more pressure and criticism piled on by the press, the worse the strain in the relationship between Prince Harry and his father, Prince Charles.  It only reminds Prince Harry, who is still suffering the emotional and mental health effects of his mother’s death, of his father’s silence in allowing the press to continue to crucify him. What does he expect his father to do, to contact the press and order them to back off, only for them to turn on the future king if he were to be seen to get involved.

Prince Charles’s hands may have been tied to a large extend, but high moral standing may have required him to intervene through a third party if he felt falsehoods were being perpetuated in the press which was affected his son and daughter in law’s mental heath. Judging  from a distance on what could and not be done, may not be accurately possible, and here here is where a huge responsibility for integrity lies with the British press. Exposing and criticising pubic figures who do not meet our taste of conduct is what keeps the press alive.

Click bait and sensationalism are characteristics of the world  press, but harassment or unfairness is a less visible monster. Meghan has been described several times in the press as a social climber, and if elevating her status was a major factor in her decision to marry Prince William, her critics can augh at her for getting a hard cama for those ulterior motives. The press has a job to do in spreading news with pubic interest, but when relationships as is evident in the royal family are becoming badly bruised, a re-think might be necessary.

Most mainstream publications are too busy covering so many stories, they time for calm and reflection does not always present itself.

“As far as Meghan and Harry were concerned, they were ‘troubled’ by the lack of support received from the ‘men in grey suits,’ namely the household staff, and then the unfortunate lapse of contact with his father [Prince Charles],” Pearce told Us about the father-son conflict.

He added: “Charles is well known for distancing himself from emotional heightened situations as he is a very caring, sensitive man, and therefore chooses to wait to let strong feelings settle down before responding.

This being the fact, analysts trying to objectively evaluate the ongoing strain within the royal family believe the media is piling undue pressure on relationships in the royal family, in their bid to show support for hurt royals in the wake of several hard hitting comments made by Prince Harry to Oprah Winfrey and to a U.S podcast.

Prince Harry’s pain from the ack of intervention from the royal family, remains problem commenting royal experts and media commentators have poorly dealt with. This is because the media themselves have been at the heart of reckless reporting about the couple, overshadowing any valid or seemingly valid points they may have with respect to the couple’s public attacks or complaints against the royal family.

The response didn’t sit well with the British public who heard it, nor did her claim to have been married to Prince Harry three days before the pubic wedding, though genuine observers of this story would know that she considered a private exchange of vows as her own first point of marriage in her own spiritual way. It was a statement that would have been best avoided, and she got caught between trying to convey a point of being more interested in her private vows to Prince Harry, than the public show for the whole world. The consequence of the confusion caused by her statement was a seized opportunity for Piers Morgan to capitalise on what appeared to be an inescapable contradiction, presenting her as a liar to the British public.

The news  that Daily Telegraph columnist, Julie Burchell made a racist tweet against Prince Harry and Meghan Markle, suggesting they should have named their child Georgina Floydina has made the conversation more dirty.

As those of us try hard to push race away from being at the centre of this historical row which has the press right in the middle of the resentment and animosity raging in the royal family, we have an experienced journalist from the Daily Telegraph send such a tweet to the word, either blind or ignorant of its inevitable consequences.

The thought that this couple have had to endure racist comments each time they have given birth will only serve to etch in their minds that race is a predominant issue in their opposition by the British press, and possibly many members of the British pubic, which is sad.

When Danny Baker racially mocked the couple after the birth of Archie, he pleaded ignorance to the charge, even though every right thinking minded person knew he knew what he was doing.

Julie Burchall made no denial or any reference to racism, fully aware this being the reason for her dismissal. Her main concern was that the Daily Telegraph had not always allowed her to publish edgy articles.

There was no remorse in her  statement, instead it read upward and forward from here, revealing her expectation for better employment.