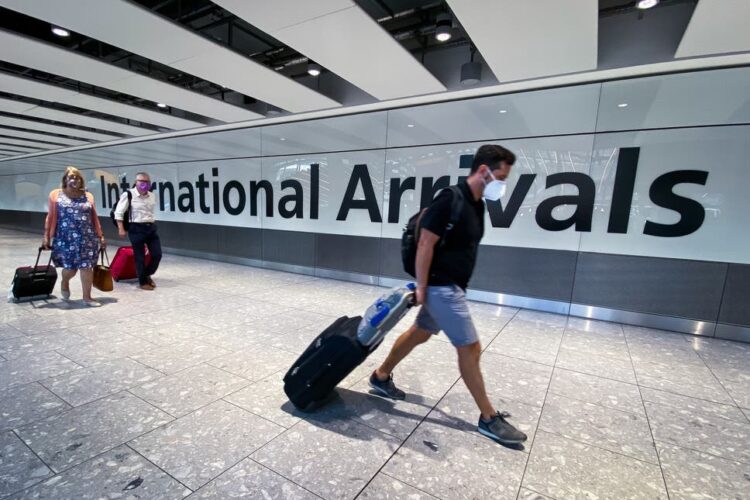 The British Government has revealed a traffic light system for foreign travel will be set up, which opens the door for summer holidays abroad later this year.

The announcement comes in the wake of the publication of a report from the Global Travel Taskforce and gives a framework for the resumption of international travel.

Under the system, countries will be rated green, amber or red dependent on risk to travellers and restrictions required on travel, to protect the public and rollout of the Covid vaccine from variants of Covid.

Countries will be judged by the percent of their population vaccinated, their rate of infection, the prevalence of variants of concern, and the country’s access to reliable scientific data and genomic sequencing.

The taskforce’s report has said international travel could resume from May 17 at the earliest , as part of stage three of the roadmap out of lockdown.

Passengers from green rated countries will be required to take a test before the set off back to the UK, and also take a PCR test within two days of arriving back in the country, but will not be required to quarantine unless they test positive.

Those from Amber countries, people will be required to take a test before coming back to the UK and quarantine for ten days upon return. They also have to take PCR tests on day two and day eight, with the option of a test to release on day five to end quarantine early.

Hotel quarantine  for ten days upon return to the UK will be required for people travelling from red countries, in addition to a test before setting off back to Britain and to take tests on  two and eight of their hotel quarantine.

Tests in advance from approved providers, and those coming from red countries should book their hotel quarantine in advance.

The Government has also said it is looking at ways to make private testing cheaper for travellers, after holiday firms criticised the plans for making people take “expensive and unnecessary tests”.

Transport Secretary Grant Shapps said: “International travel is vital – it boosts businesses and underpins the UK economy – but more than that, it brings people together, connects families who have been kept apart, and allows us to explore new horizons.

“The framework announced today will help allow us to reopen travel safely and sustainably, ensure we protect our hard-won achievements on the vaccine roll out, and offer peace of mind to both passengers and industry as we begin to take trips abroad once again.”

A watchlist will also be created of countries at risk of moving from green to amber to give as much clarity to travellers as possible, and ratings will be kept under review at all times.

EasyJet chief executive Johan Lundgren claimed the plan was “a blow to all travellers” and risked “making flying only for the wealthy”.

He added: “As the rest of British society and the economy opens up, it makes no sense to treat travel, particularly to low-risk countries, differently.”

Mark Tanzer, boss of travel trade organisation Abta, said permitting the use of lateral flow tests would “make international travel more accessible and affordable whilst still providing an effective mitigation against reimportation of the virus”.

Tim Alderslade, chief executive of Airlines UK, the industry body representing UK-registered carriers, said the announcement “does not represent a reopening of travel as promised by ministers”.

Labour’s shadow transport secretary said “proper details and clarity about strategy are vital” – including on the criteria by which the traffic light system will be decided.

It has also been annohe Civil Aviation Authority (CAA) will be given additional enforcement powers to act on airlines that have breached consumer rights – with a dedicated consultation on how to use additional tools to enforce consumer rights expected later this year.

A COVID-19 charter will also be introduced from 17 May 2021, clearly setting out what is required of passengers and what their rights are while measures remain in place.