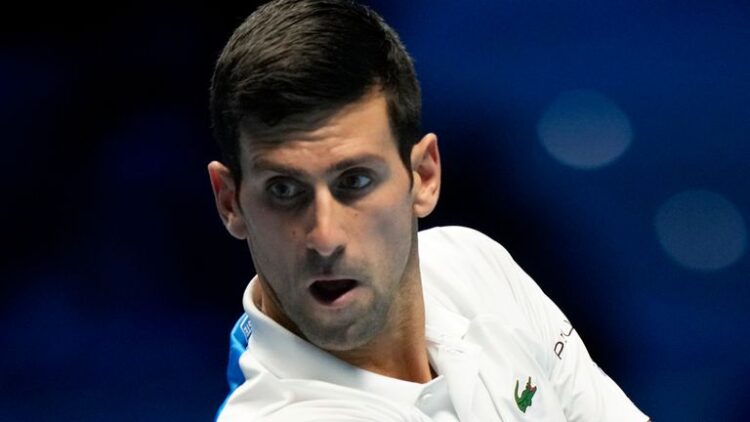 Australia has revoked tennis star Novak Djokovic’s visa for a second time in a row over his right to remain in the country unvaccinated.

The decision  was made on “health and good order” grounds, with deportation and  a three-year visa ban being the automatic  consequence.

The men’s tennis number one was scheduled to play in the Australian Open, which begins on Monday, but is now faced with this hurdle. The tennis star has pursued a legal challenge, and lawyers for the government said his ejection was to prevent an anti-vax sentiment. The prospect of deportation will be on hold until the case is concluded.

Djokovic officially  remains in the Australian Open draw and is due to face fellow Serb Miomir Kecmanovic early next week. His slot will most likely go to Russian player Andrey Rublev if he is deported.

The prospect of  the current revocation had been lingering ever since Immigration Minister Alex Hawke indicated he could exercise his powers to usurp the decision of the court.

However, the decision finally came following Djokovic’s admission  to have knowingly seen a journalist after he tested positive for Covid-19. Djokovic retrospectively conceded he was in error to meet the journalist, revealing that he didn’t want to let him down. He also revealed that his agent had made a false declaration on his application form.

Djokovic will meet immigration officials in Melbourne on Saturday morning, and will be allowed to stay in his current accommodation on Friday night – some Australian media had speculated that he may be moved to an immigration detention hotel.

The nine-time Australian Open winner was hoping to defend his title next week, which if he won, would make him the most successful male tennis player in history with a record 21 Grand Slam titles.

For the moment, Djokovic remains in the Australian Open draw and is due to face fellow Serb Miomir Kecmanovic early next week. If he is deported, however, his slot will most likely go to Russian player Andrey Rublev.

Djokovic’s visa was originally revoked shortly after his arrival in Melbourne on 6 January, after Australian border Force officials said he had “failed to provide appropriate evidence” of a vaccine exemption.

His initial announcement that he was coming to play in the Open prompted a backlash from some Australians, who felt he was enjoying preferential treatment given the stringent covid rules they have had to adhere to.

Those concerns were  not substantive in the face of a valid exemption, but the tennis ace made catastrophic errors of judgement when attended a journalistic appointment knowing he had been infected with the virus.

That indiscretion, coupled with the erroneous declaration on the forms, would appear to be the main justification for the decision of the immigration minister. A decision grounded on any other reasoning would have been wholly unethical, and frankly illegal after a judge’s ruling that the government failed to follow correct procedures.

Novak Djokovic’s lawyers have claimed the tennis star has had his visa cancelled for a second time to prevent “exciting the anti-vaxx community”.

Immigration Minister Alex Hawke decided on Friday to use his “personal power of cancellation” to revoke the Djokovic’s visa, overruling a decision by a judge earlier this week.

On Monday a judge in Melbourne had overturned the initial cancellation of Djokovic’s visa on Covid-19 health grounds, and ended the unvaccinated player’s detention in an immigration facility.

His family had called that decision the biggest victory of his career, “bigger than all his grand slams”.

But Mr Hawke had retained the right to use his discretionary powers to again cancel the visa, and had been considering the matter for several days.

Then he will be accompanied to his solicitor’s office on the condition that Australian border force officers are allowed to be on the same floor.

He will be taken back into detention at midday.

11:01am
Djokovic live hearing: what you need to know
A hearing at the Federal Circuit and Family Court of Australia has just finished. Here are the key points you need to know:

Djokovic will not be deported or detained tonight. He must attend an interview on Saturday.
His lawyers said they are in a hurry to move forwards with proceedings because “every minute before the tournament commences on Monday” is “precious”.
Djokovic’s representatives believe his visa was cancelled for a second time to prevent anti-vaccination sentiments from growing.
Immigration Minister Alex Hawke has conceded that Djokovic has an “exemption” and that he is a man of “good standing