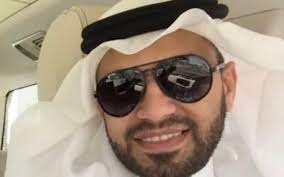 The wife of Dr Osama AlHasani(pictured) – a dual Australian and Saudi citizen – has expressed serious  fears about his welfare, and says the family is confused about the precise nature of the accusations against him.

AlHasani, 42, is expected to face court in Morocco on Wednesday, after being detained shortly after he arrived in the country on 8 February.

The detention is in response to a request from Saudi Arabia relating to a criminal matter but the specific accusations remain unclear.

Saudi Arabia is still reeling from the disclosure of the U.S intelligence report journalist Jamal Khashoggi walked into Saudi Arabia’s consulate in Istanbul. Within minutes he was murdered and his body dismembered on October 2, 2018

The  release of the report was accompanied by further actions from the Biden administration, including the unveiling of a new “Khashoggi policy” which is set to impose visa sanctions on individuals who, acting on behalf of a foreign government, engage in “counter-dissident” activities, including harassment, surveillance, and threats against journalists, activists, and dissidents.

The US treasury has issued new sanctions against Ahmad Hassan Mohammed al Asiri, the former deputy head of Saudi Arabia’s General Intelligence Presidency, who it said was “assigned” to murder Khashoggi and was the ringleader of the operation, as well as several members of the hit squad that killed the journalist.