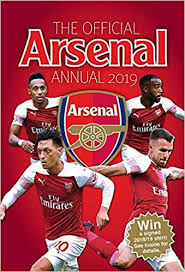 Arsenal have welcomed UEFA’s decision to introduce a group stage to the Women’s Champions League from 2021.

Europe’s top club competition for women will feature a 16-team group stage comprised of four groups of four from 2021-22 onwards, with the top two teams in each group qualifying for the quarter-finals.

It was also announced that the top six national associations in the UEFA rankings – including England – would go from two places to three in the competition from the same season..

A statement from Arsenal to the PA news agency read:

“We’re pleased with this move and that the strength of the Women’s Super League will be recognised with three places in the competition.”

Arsenal Women have qualified for the quarter-finals of this season’s competition after surviving two knockout rounds.

UEFA’s competitions director Giorgio Marchetti said: “We expect the Women’s Champions League to take off. There is a clear increase of interest in the women’s game.

“It’s been a long process, and we pushed (a change of format) back a few years ago because we felt that the conditions were not met yet.

“But now we see that with the investment of UEFA, the national associations and the clubs that the game is growing, there is more interest from the market and the media and the time is right to do for women what many years ago was done for men.”

UEFA’s executive committee also announced its plans regarding how European qualification for the 2022 men’s World Cup will be decided, subject to FIFA approval.

Thirteen European countries will qualify in total. There will be 10 qualifying groups, and the winners of each group will qualify automatically for the finals in Qatar.

The 10 group runners-up will enter a play-off round alongside the two top-ranked sides from the 2020-21 Nations League who have not already qualified or finished as a qualifying group runner-up.

The 12 teams would be split into three four-team play-off paths, with the winner of each path qualifying for the finals.

The draw procedure for the 2020-21 Nations League was also decided, with England placed in the top pot in League A.The draw will take place at the UEFA Congress in Amsterdam on March 3.