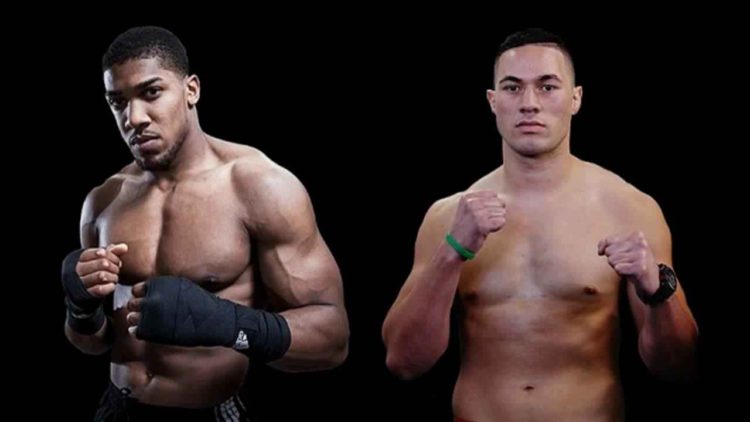 Anthony Joshua believes it will take a superhuman effort for Joseph Parker to stop him from becoming undisputed world heavyweight champion.

The unbeaten London heavyweight made the extreme remark in response to a reference to Joshua’s ”weak chin” made by David Higgins who promotes the Australian heavyweight. He said- “It will take more than a human to stop me from where I am destined to be.

Joshua added: “It is an honour to be up here with another world champion. I don’t know how to take his camp in terms of what’s been said and what’s been going on but I take everything with a pinch of salt and I roll with the punches.

“I’ll be in peak physical condition but I’m making sure my mind is in the right place as well, at all times.

“So I’m looking forward to embracing the challenge, not just from a physical standpoint but the mental challenge that will come from this fight as there is a lot of talk about me being dropped,” he said. “But there have only been three times it’s happened. The first was the European championships when only two weeks before I had been called back into the programme because I was banned from the GB team. I was very unfit but I got stopped, not dropped.

“The second time was with David Price, I came out of a police cell the day before and went up there to spar. Price is a puncher and that was down to a lack of experience.
“And Klitschko taught me that it will take more than a human to stop me from going where I am going. The rumours the Parker camp have heard are all fake news.” well.”

Joshua will put his two world titles on the line when he takes on Parker at the Principality Stadium in Cardiff on March 31, as he looks to unify the heavyweight division. This will be a meaningful and hot fight for both fighters who are on a journey to prove themselves the best in the division. Joshua is the favourite, but Parker has more of a chance that he is being credited with. This has been said about one or two previous opponents of Anthony Joshua in the past, but the unbeaten Australian heavyweight has a good chance at upsetting the odds. Joshua will be my pick, but it won’t be an easy contest for him.

The New Zealander said: “It’s an exciting time to be a heavyweight. This is going to be the hardest camp and most work as I have a big challenge in front of me in Joshua.