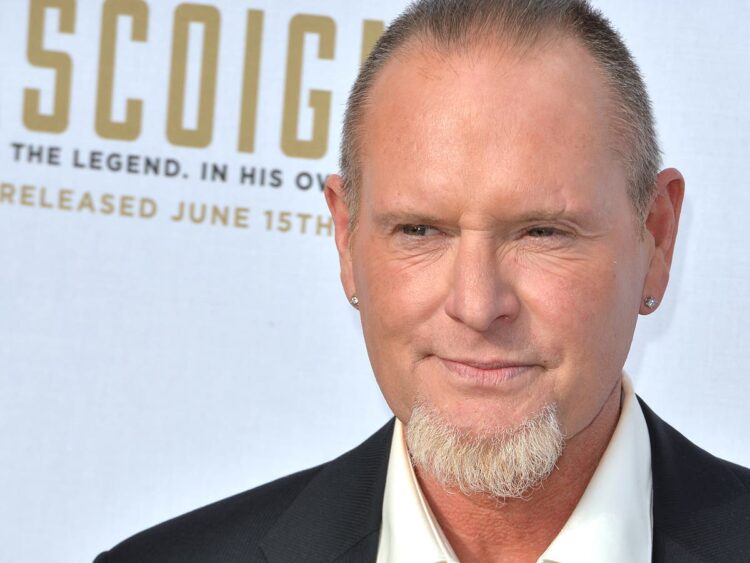 Representatives of Alcoholic Anonymous are divided over the decision for Paul Gascoigne appearing as a celebrity guest on Living with Lucy,causing a split  among  officials in the organisation

After it was announced the former England football legend was to appear on the television show,  objections  based on Gazza’s public conduct was said by critics  from alcoholic anonymous, to disqualify him from being considered a celebrity.

Established officials of the alcoholic anonymous body who support recovering alcoholics through regular meetings were they give their testimonies, expressed concern about plans to commoditize the known alcoholic as a celebrity on the show.

Two representatives of AA who advice members of this publication on matters surrounding addictions, in particular, alcoholism, are against the idea of Gascoigne joining the hit show because of his documented battle with alcoholism.

At home with Lucy- a hit Virgin Media show is back to its original format, follwing its rebranding  as Lodging with Lucy during the  pandemic which saw the presenter enjoy a socially distanced conversation with various stars in a luxurious Meath mansion.

The representative of Alcoholic Anonymous explained the practise of its organisation, its ethos, and the principles of  AA in protecting the interests of its members, and the standard it expects from them and the media.

He told The Eye Of Media.Com: ”we never reveal the identity of our members, as anonymity is a funadament tennet of our fellowship.

‘That said, we think it is important that those battling alcoholism are not presented as celebrities so that it does not undermine our efforts to help addicts overcome their addiction.

‘If one addict sees another addict being presented as a celebrity whilst they still suffer from an alcoholic problem, it can play down our efforts in celebrating the testimonies of those who share their stories of beating alcoholism.

An added concern is the possibility for someone who recognises someone on television as having been a member of AA, and spreading that private information because they were seen on television. This is in principle for all alcoholics, and there is no suggestion here as to whether the footballer, Paul Gascoigne has been or still is a member of alcoholic anonymous.

”If a broadcaster wants to feature an alcoholic in their programme, it’s their prerogative, But the media should not describe an alcoholic like Paul Gascoigne as a celebrity, it sends a potentially dangerous message to society”.

Critics say society has become too slavish to financially successful individuals, they are prepared to overlook their serious failings and weaknesses.

Life coach Sheila Mckenzie, added: ”It has to be considered shocking that society believes anybody can be regarded as a celebrity, just because they are financially successful or have a stellar career, or has one. The idea of celebrity assumes the individual concerned is celebrated by society, and that status disappeared once the individual represents anything society abhors’

”Here we have a man battling with alcohol, one who was so drunk that he once kissed a crying woman on the lips, but won his case because the prosecution could not prove sexual desire. Presenting him to the public as a celebrity is not only an insult to society, it also amounts to implying that alcoholics can be celebrated.  We alcoholism can e very addictive, but it is up to every individual with an alcohol problem to confront and beat their demons. Society should not be encouraged to celebrate an alcoholic suffering with very high mental health issues”.

The former football ace has been drunk on numerous occasions in public, and was once picked up from a pond totally drunk, just before the Euro tournament.

The ex-England footballer  plunged into the edge of the lake at the Dever Springs Fly Fishing site near Winchester in Hampshire in June. His problem with alcohol is well documented, and this year he told reporters, ”I will always be an alcoholic”

Living With Lucy returns to British screens in its original format.

Due to the pandemic, the show had to be restructured last year and while she enjoyed it, she says her two-night stay in celebrities’ homes is the only way to get to know them properly.

“We obviously did Lodging With Lucy last year, which was brilliant, but I missed the element of looking in their fridge, using their loo, getting to know them properly and seeing their neighbours,” she says during Virgin Media Television’s season launch.

“The reason why I look so tired is I’ve just been living with Gazza: Paul Gascoigne. I went over and lived with him for two or three days, we played football, we chatted about life, very nostalgic. I think the viewers are gonna love this.”

She says Gazza is “doing okay” and believes viewers will feel emotional while watching his episode.

“He’s so honest, he’s so raw, and he was willing to discuss everything. He was very comfy with me, he said I snored – I don’t snore. He was lovely with the crew, he just loved the whole vibe of it and he enjoyed our company, he really opened up.

“It’s going to be an emotional one for people to watch because, obviously, physically he has changed a lot. He’s only 55, he does look older but he’s a good guy, he’s very much one of us. He’s got a wicked sense of humour.”

Alcoholic anonymous head office said it doesn’t comment on outside issues on behalf of the fellowship.