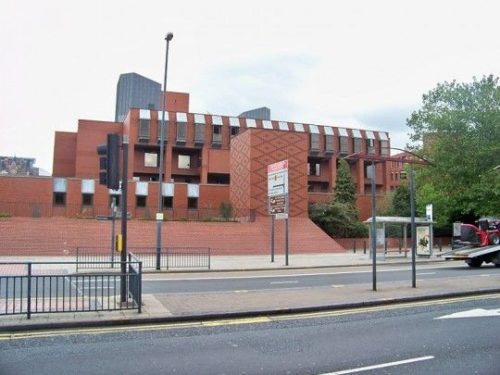 Why would a 15 year old girl kill a young girl of 7? This is a disturbing question in the minds of all who are aware of the teenager charged with the murder of a 7 year old.

She appeared in court today in York and is due to re-appear at Leeds Crown Court later this month A 7 year old is practically a baby, with no maturity whatsoever.
A 15 year old is a child but should have enough sense to know that a child of 7 knows nothing and cannot possibly deserve to be stabbed. However, a 7-year-old is capable of provoking anybody, depending on what they say or do. Little children can be cruel and nasty, they get this from their environment and the result of poor parenting.
It still remains inconceivable that there can be any reason for a teenager to pick up a knife and use it against a 7-year-old. Even hitting a 7-year-old will be considered extreme bullying by a teenager.
The 15-year-old girl charged with murder has not been named because of her age. She herself is classed as a child. If this child has committed this offence then it only goes to highlight how dangerous a child can be.Only a teenager with serious mental health issues would consider stabbing a 7-year-old. An investigation into this girls history, if she is guilty, will tell us everything we need to know about her background. Only a crazy girl with a complex set of psychological problems would commit an offence of this nature.The perpetrator of this awful crime was aware they were behaving in a monstrous way, but cared too little to control her behaviour. They would have been driven by an evil rage that tipped them over to do something so unthinkable.
It is unforgivable; the evil perpetrator of this crime will never recover from the scar of their evil deed. If the teenager charged is the guilty individual, her life is over! The one pain for the parents of the dead baby is that the teenager will eventually be let out on parole 15 or 20 years later, with a new name and identity. It will be similar to the murderers of young James Bugner, killed by two youngsters and tossed on a railway track.It will be important to find out why the killer acted so callously, whilst also understanding what sort of individual they are and their background. There is no doubt the killer has mental health problems and is one of the reasons mental health issues need to be treated with an urgency that takes into account the wider problems mental health sufferers can create in society.

Mental health is not something to be taken lightly at all, it requires serious attention directed at effectively combating the root causes with lasting solutions that improve the overall state of families and society in genral.