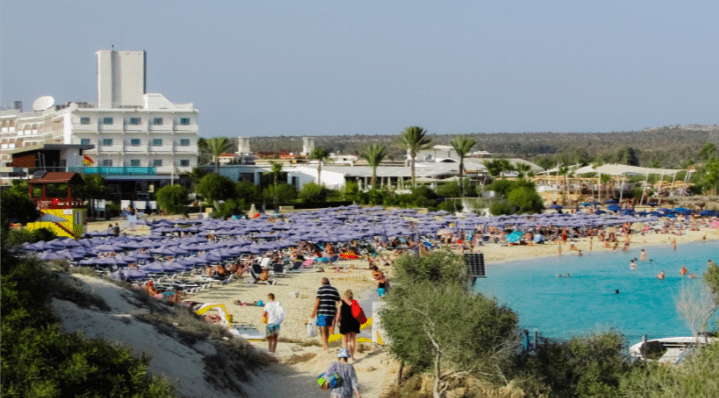 Twelve Israeli teenagers have appeared in court in Cyprus over the alleged rape of a 19-year-old British woman.

The alleged attack was said to have taken place in a hotel in the popular holiday resort of Ayia Napa. Most of the accused are aged between 16 and 18 and have been remanded in custody, whilst police have been given a further eight days to investigate. A 15 year old boy is among the accused.

The British woman contacted police in the early hours of Wednesday morning saying she had been raped in a hotel in Ayia Napa, and police moved in to arrest the 12 teenagers. During the hearing on Thursday morning, judge Tonia Nicolaou  reporters were told to leave the courtroom because of the age of  the 15-year-old suspect. The suspects were led through the court building handcuffed to each other in pairs.The Foreign Office  is supporting a woman who was assaulted and says it is in contact with local police.

British males at the popular holiday resort are said to have attacked the accusers at a hotel after news of the alleged rape spread, after initially making friends with them.  The British lads responded to the allegation seriously, fighting for the girl who was distraught after the encounter.  Three of the accuse have admitted having sex with the girl, but claim it was consensual.

Tourists frequent Ayia Napa every year, with fun high on their agenda, but rape is never a scenario a girl on holiday there envisages. Romantic encounters are common place in Ayia Napa, but when a girl alleges rape by 12 boys, one has to think there is no smoke without fire. The court case will attract huge press interest.