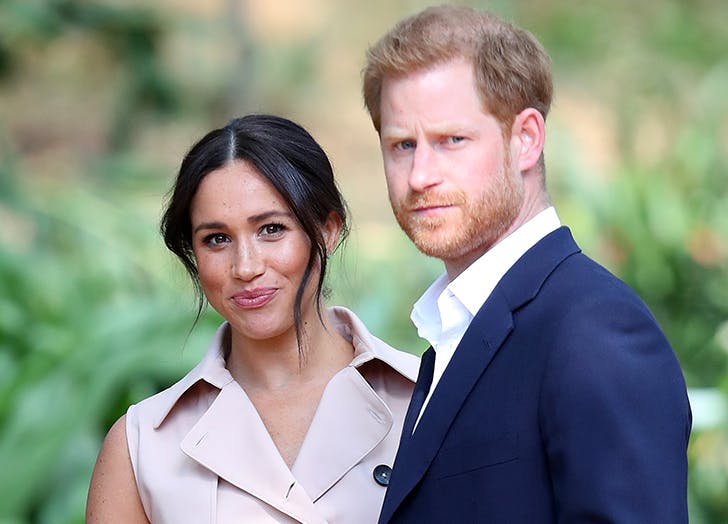 Prince Harry and Meghan Markle have been driven off social media by offensive online trolls , after a tumultuous few years for the couple.

Latest reports confirm that the Dutch and Dutchess Of Sussex have decided to blackout on social media. Ms Markle has previously spoken of exclusion from social media as being in her best interest.

Online trolls have in the past set upon the couple for a number of reasons that include racism and the view that Meghan Markle has disrupted the normal cohesion of the royal family.

Ever since the inclusion of the former U.S actress into the royal family, Meghan has been a controversial figure in the U.K. Her fans and critics exist in extreme numbers. Prince Harry and Meghan Markle have taken centre stage in the controversies that have surrounded the royal family.

Ms Markle’s fall out with her father , Martin Markle, over his wilful communication with the press, was a source of high media interest for a while. It did the Dutchess Of Sussex no favours.

Some of her critics were blind to mr Markle’s faults and directed their criticisms mainly on Meghan, whom they viewed as  her coming from a dysfunctional family. Mr. Markle was wrong when he participated in a staged photograph with a journalist, an occasion eventually leaked to the press.

The entire fractious relationship between the Dutchess of Sussex and her family, on top of the fact she was a divorcee, was not a brilliant PR  for Prince Harry and Meghan Markle. Online trolls, most of whom are royalists and individuals from far-right groups, were forming a negative view of the woman who was now married to Prince Harry.

Then there was the added speculation of race in the mix, because a mixed- race woman found her way into the Royal family.

Meghan family’s feud became fuel for media, and would later be complicated by domestic issues in the palace.

The negative perception against Ms Markle became more pronounced , when in 2018, Thomas Markle was reported to have secretly collaborated with a British paparazzi photographer to stage a series of pictures. Meghan was understandably fuming about the revelation.

The footage obtained by The Mail on Sunday revealed the 73-year-old former lighting director arriving at an internet cafe with photographer Jeff Rayner, as Mr Markle while he is sitting at a computer looking at a news story about his daughter and Prince Harry. She was despised in some circles, racists jumping on the bandwagon to go full on against her.

The news upset the Dutch and Dutchess Of Sussex, who had tried to keep the media away from Mr Markle.

In 2019, The group Hope Not Hate analysed more than 5,000 tweets that were posted during January and February. The tweets often contained hashtags that have become common in anti-Meghan tweets, such as #Megxit and #Charlatanduchess, as well as the politically-related #Brexit and #MAGA.

The tweets from these accounts often used racial epithets to describe the U.S.-born Meghan, who is biracial. The tweets also have shared links to negative stories about her or links to far-right websites and social media pundits.

The group concluded that the fact that such a small number of accounts generated such a large number of the tweets suggested that they were created for the purpose of producing negative content about the duchess, Hope Not Hate found. However, the group uncovered no evidence that the tweets were part of a far-right campaign against the duchess, CNN reported.

The former TV actress has had to deal with online abuse and harassment ever since the media first reported in the fall of 2016 that she was dating Prince Harry. Harry, the sixth in line to the British throne, immediately became concerned about some of the “racial undertones” and “outright sexism” in web articles and social media commentary about their relationship.

The day after the birth of her child Archibald, BBC Danny Baker was sacked for a racist caricature he posted on his twitter account. The picture depicted a couple and a monkey like statue in the form of aa child, with the caption ”Royal Baby Leaves hospital”.

Baker’s actions was the lowest of the lows, and  summed up the level of assault against a woman who thought she had reached a glorious destiny, only to find it possibly her worst nightmare.

Commentators and critics say Meghan Markle was never well suited to the royal family because of her tendency to depart from royal protocols, and ambitions she had to be a celebrity royal. Her proclivity to do things her on way attracted anger in some quarters, revealing in the process the worst misfits in society.

Harry and Meghan decision to walk away from the over 10 million Instagram followers they gathered as working royals, is up to them. They have not posted on the @SussexRoyal account since stepping back from their working responsibilities last year, it could be an acknowledgement of the drawn line between their current paths and the royal path they previously walked.

The couple have set up the Archewell Foundation, a non-profit organisation aimed at “driving cultural change” and putting “compassion into action,” but a report in The Times suggests it will not have any social media pages.