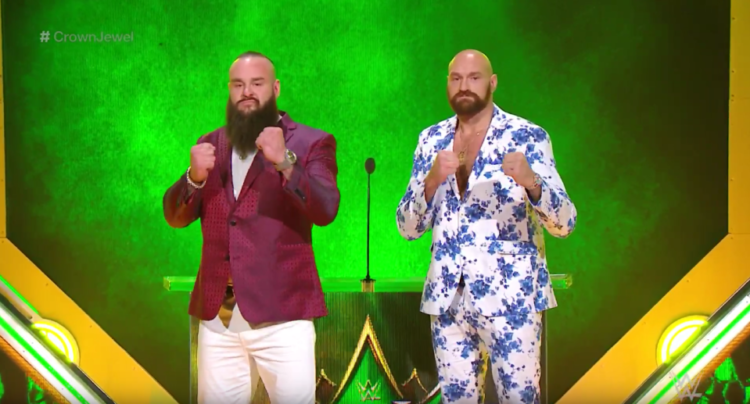 Former world heavyweight champion Tyson Fury will face Braun Strowman at a WWE event in Saudi Arabia on 31 October, it has finally been announced.

Fury who recently overcame a  dangerous cut in his last boxing  fight against previously unbeaten Swede Otto Wallin  has always been  unusual individual, this time, daring to go into the very aggressive territory of another sport. This is despite having a big heavyweight showdown against Wilder slated for early 2020.

Fury is unbeaten 29 fights, the only draw coming in a controversial decision of a draw against WBC heavyweight champion, Deontey Wilder in December 2018. Fury said: “I fear no man. I am going to knock Strowman out.”

Strowman responded : “Tyson heed my warning. In the WWE, we don’t wear gloves.”
He added: “You are climbing into my world. You are a household name and when these hands put you down for good, the whole world will remember who the monster among men Braun Strowman is.”

The choice of venue in Saudia Arabia is interesting considering it is the same place where Anthony Joshua faces Andy Ruiz in December.