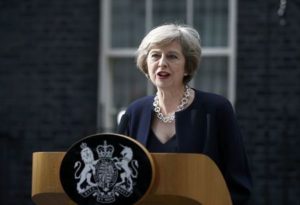 Theresa May has promised compensation ”where appropriate” to members of the Windrush generation.

The PM said the money will be offered to resolve “anxieties and problems”.

Her announcement comes following the news that some immigrants who came to the UK from the Commonwealth decades ago have been threatened with deportation or refused jobs or healthcare.

Lammy tweeted: “Compensation must be provided to anyone who has forked out for legal fees or has lost their job, their pension, benefits, access to healthcare or been detained, deported or refused re-entry back to the UK.

On Thursday, Chief Secretary to the Treasury, Liz Truss, told BBC Question Time that the government would “look sympathetically” at compensation requests from Windrush immigrants.

The Uk prime minister made her mention of compensation at a news conference at the end of the Commonwealth Heads of Government Meeting (Chogm) in London on Friday. The Home Office has said it will review any evidence to help resolve each case.

Theresa May said: “On Tuesday, I met with Caribbean leaders, where I gave an absolute commitment that the UK government will do whatever it takes – including where appropriate payment of compensation – to resolve the anxieties and problems which some of the Windrush generations have suffered.

“These people are British, they are part of us, they helped to build Britain and we are all the stronger for their contributions.”