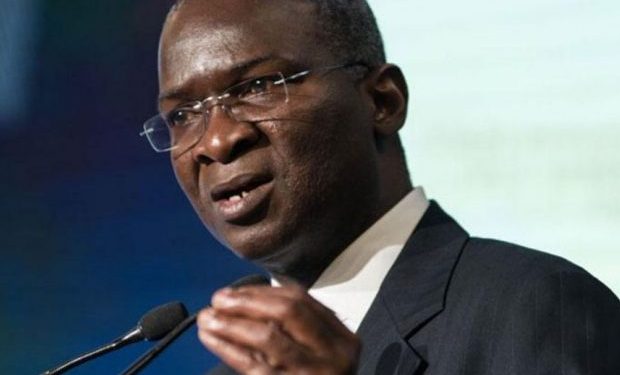 A formal inquiry into how a former Nigerian governor’s ministry paid over ₦4.6 billion into personal accounts of director’s staff is necessary.

A Freedom Of Information Request by a national newspaper in Nigeria revealed that between September and December 2019,  ₦4.6 billion was illegally paid into the private accounts of some directors and employees of the then ministry of power.

After an FOI request by the Nigerian PREMIUM TIMES,  which revealed that the  power ministry  illegally paid £4.6bn into the private account of directors.

Babatunde Fashola- a generally well respected politician who was admitted to the Nigerian Bar as a solicitor and advocate of the Supreme Court of Nigeria in November 1999, has a lot of explaining to do. The Nigerian public and sections of the Nigerian media are wondering when an investigation will begin, or whether it will be swept under the carpet. Observers believe it will be difficult to justify missing an investigation with the details revealed.

The investigation conducted by The Nigerian PREMIUM TIMES revealed a huge the sum of N4.6 billion (exactly ₦4,608,394,262.22)  paid in 654 tranches into the accounts of 21 private individual accounts has led to strong calls for an inquiry Two-thirds of that amount went to two men: Ogueri Ugochukwu Pascal and Olasehinde Micah. The revelation has stunned Nigerians, especially those living under very tough conditions in times of economic hardship.

Fashola is one of the most popular politicians in Nigeria, not many of his loyal admirers would have expected to hear news associated with money laundering connected to his ministry. The experienced former litigator may possibly have been in the dark as far as what appears to be fraud on a mass scale, but he has not explained the mess his ministry finds itself in.

Some observers in Nigeria believe he will escape any investigation because of his popularity. Nigerians are already demanding an inquiry.

Fashola, a Notary Public of the Supreme Court of Nigeria, has been  honoured with awards and proud  certificates of merit, including the Distinguished Alumnus Award conferred on him by the University of Benin Alumni Association in recognition of contributions to the Alumnus association and humanity.

Once a candidate of the Action Congress party, now known as the All Progressives Congress, Fashola succeeded Bola Ahmed Tinubu, on 14 April, 2007,[1] and was re-elected on 26 April, 2011, before being appointed by President Muhammadu Buhari to be the Minister of Power, Works and Housing, and reappointed Minister of Works And Housing.

Yusuf Akinpelu of the Nigerian PREMIUM TIMES, told The Eye Of Media.Com ”there should be repercussions. Mr. Akinpelu said :he gave some explanations but as long as it fell foul of the law, it is not tenable. As a two time governor, he should take responsibility for the malpractise under his watch”

The fact the omnibus ministry of works, power and housing was headed by Babatunde Fashola is one of the main reasons there is a push for an inquiry in relation to the huge amounts of money siphoned into private bank accounts.

Many of the records obtained from the Open Treasury Portal  revealed that the sum of N4.6 billion (exactly ₦4,608,394,262.22) was paid in 654 tranches into the accounts of 21 private individual accounts. Two-thirds of that amount went to two men: Ogueri Ugochukwu Pascal and Olasehinde Micah.