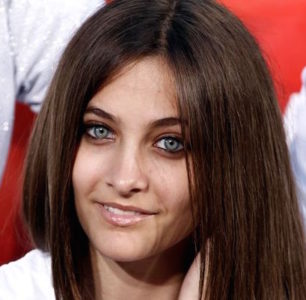 Paris Jackson is woowing a growing crowd with her bright singing talent, similar to her father’s.

The 19 year old daughter of the late music legend was a brilliant talent when she joined singer Austin Brown onstage at Soho House, West Hollywood.
Over the weekend the music icon’s 19-year-old daughter joined singer Austin Brown onstage at his gig at Soho House in West Hollywood for a special performance of his song, Smile. The beautiful upcoming star song with a beautiful melody that thrilled the crowd at the stand out gig. Jackson is a bright young talent carrying the high class genes of her father. She also brings natural beauty and a fluid manner to the party, in a way that makes her a potential future superstar in a way that could come close to her father’s level of stardom.

Jackson grew up at the neverland ranch her father owned and was solely raised by Michael. Paris and her brother Prince received the lifetime Achievement award at the 2010 Grammy Awards, on behalf of their icon father. She was later forced to pull out of a documentary entitled ”remembering Michael”, after a crowd-funding campaign she launched attracted media criticism, given the extraordinary affluence of her background. In the documentary, she says her father had promised to teach her the moonwalking, but the opportunity escaped her because of his sudden death in June 2009. Paris is a fresh of breath air and may never be able to avoid comparison with her father. Her talent shines through her beauty and promises produce more sensational nights of music for the future. Her legions of fans will watch her grow and see how much more she develops.

Michael Jackson was ofcourse in a class of his own, having an exquisite voice that could sometimes make one think angels were singing. He commanded world wide attention for the full brilliance of his delivery because his was so nimble and creatively animated that he blew all or minds at one stage. His daughter Paris, knows her dad was a one off brilliant superstar, but she can ride on the power of her name and her beautiful attributes that come along with it. Her beauty and status in America is gathering fast pace, through of global social media and the obvious fact that she is beauty plus talent altogether. The crowd were moved as Jackson and Austin Brown dueted , showcasing the effect talent can have when put to full use. Austin Brown was so proud of their evening together he flaunted a clip of their duet to his 28k followers.
Sharing a short clip of their duet on his Instagram page he told his 28.2k followers: “Nothing better than when your little cousin knows the words to your record and wants to sing it with you. Love u so much @parisjackson thanks to everyone who came out to watch @mannythedrummer and I rock out.”