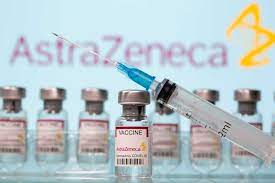 The National Immunisation Advisory Committee (NIAC) has called for The AstraZeneca Covid vaccine not to be administered to people under the age of 60 in Ireland.

The panel recommended  the wide restrictions on its use after the European Medicines Agency (EMA) warned that rare blood clots have been associated with the jab.

In a statement, NIAC said the AstraZeneca vaccine “is not recommended for those aged under 60 years including those with medical conditions with very high or high risk of severe Covid-19 disease”.

The recommendation is bad for the publicity of the vaccine roll out, which the British government has been encouraging the public to take.

Over half of the UK public have already been vaccinated, and the incidence of blood clots have been a rare occurrence, but nevertheless a concern for many.

“While this is an extremely rare condition, consideration must be given to the fact that it has a very high risk of death or severe outcome,” she said.

“As the risk/benefits of Vaxzevria Covid-19 AstraZeneca vaccine may vary by age and as alternative Covid-19 vaccines are available, NIAC has revised the recommendations for use of this vaccine.

“In developing these recommendations, NIAC is informed by the available scientific evidence and the risk/benefits of the vaccines. New evidence will be reviewed once available and any further required recommendations will be notified to the Department of Health.”

Prof Butler told a press briefing at the Department of Health the rare blood clotting is estimated to occur in between four and 10 in every million people, one of whom may die.

“However, as so few events have been reported, there is a high level of uncertainty regarding the incidence of this extremely rare adverse event in any particular age group, or gender,” she said.

“Although most cases occurred in women under 60 years of age. This may be because of the higher rates of vaccination and healthcare workers who are predominantly female.”

NIAC said anyone under 60 who has had their first dose of the AstraZeneca vaccine with a “very high-risk or high-risk medical condition” should receive their second dose 12 weeks later as scheduled.

But anyone under 60 who is not considered to be high risk should have the second dose extended to 16 weeks “to allow for further assessment of the benefits and risks as more evidence becomes available”.

Anyone aged 60 and older should receive their second dose 12 weeks later as scheduled.

The HSE said it had written to hospital groups and community healthcare organisations on Monday evening to advise them that all AstraZeneca clinics planned for Tuesday “should be cancelled in light of updated guidance received from the National Immunisation Advisory Committee, and the Department of Health”.

“Anybody due to attend an AstraZeneca clinic is therefore advised not to do so,” the HSE said.

It added it will be in contact with patients in due course to rearrange appointments.

It has raised concerns that any restrictions could affect the country’s vaccine programme.

Speaking on RTE’s Morning Ireland programme, Health Minister Stephen Donnelly said operational changes would be made if NIAC recommended them.

Mr Donnelly said: “They’ve given guidance previously on various vaccines and age groups and that has all been implemented.

“It comes at a big operational challenge, there’s no question about it.

“But the state has stood up to that challenge each time and maintained a very strong proportion of 95% of vaccines that have come into the country and have been administered, obviously there’s some that are held back for the second doses.

“So we’ll wait to see what NIAC says, and if there are operational changes that need to be made, we will make them.