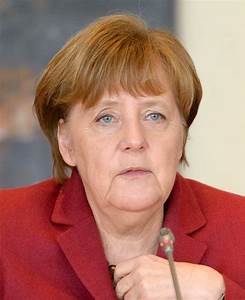 Angela Markel’s subtly asserted a 30 deadline for the Uk to find a solution to the divisive backstop obstacle has been accepted bythe Uk prime minster. During a friendly press conference on his first overseas visit as PM,

Merkel was diplomatic in her tone, whilst insisting that the backstop had always been a “fallback position” and would only come into effect if no other solution could be agreed that would protect the “integrity of the single market”. She did not reverse in gear over the unchangeable state of the withdrawal agreement  about which EU leaders are united in their position. Merkel placed the onus of the backstop solution on the Uk.

Describing the backstop problem as a conundrum, she indicated 30 days was a deadline for the delivery of a solution to the backstop obstacle. She said:

”If one is able to solve this conundrum, if one finds this solution, we said we would probably find it in the next two years to come but we can also maybe find it in the next 30 days to come. Then we are one step further in the right direction and we have to obviously put our all into this.

Ms Markel’s readiness for a no deal was clear, but the German prime minister opened a door for final negotiations by placing the responsibility on the Uk to work out a solution, and do so within 30 days.

You [Merkel] rightly say the onus is on us to produce those solutions, those ideas, to show how we can address the issue of the Northern Irish border and that is what we want to do. I must say I am very glad listening to you tonight Angela to hear that at least the conversations that matter can now properly begin. You have set a very blistering timetable of 30 days – if I understood you correctly, I am more than happy with that.

Johnson seemed to express confidence that he can come up with ideas that can solve the backstop problem. If he does, kt will positively define his legacy as prime minister, and may just begin to really shift public opinion strongly in his favour.

The jury is still out on Johnson who many see as a potential liability to the country, whilst many others hail him as the right reformist for this shaky Brexit period. The EU has constantly rebuffed Johnson’s claims or optimistic expectations, but the British prime minster is confident he knows how to solve the backstop problem, and will work to deliver his ideas in the next 30 days.