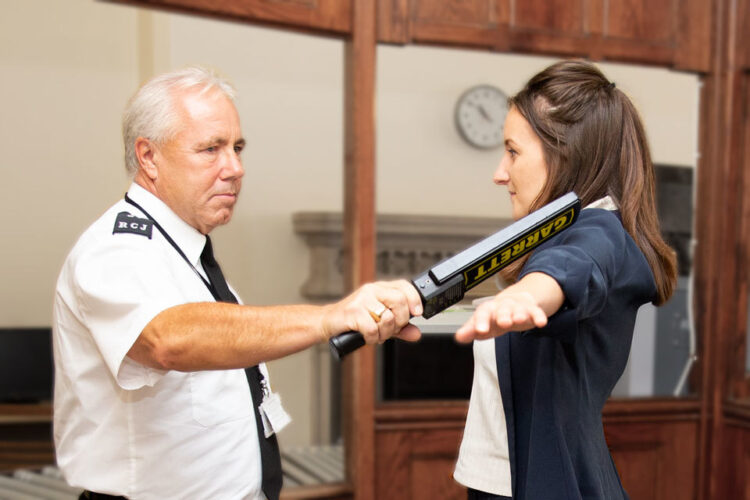 The Uk’s HM Courts & Tribunals Service is developing a ‘limited pilot scheme’ to test court users for Covid-19, as outbreaks of the virus continue to disrupt trials.

Testing equipment from the Department for Health and Social Care (DHSC) will arrive at selected court sites shortly, as part of a limited pilot scheme to provide lateral flow tests for all court users. The length of the pilot is currently unclear.

Criticising the pilot  scheme, chair of the CBA James Mulholland QC expressed concern that the court does not appreciate the need for testing to take place in courts.

In his weekly message to members, chair of the CBA James Mulholland QC said it is ‘extraordinary that a pilot scheme is thought necessary for a testing process which has been administered in car parks up and down the land for many months.

‘We need testing brought in immediately. Testing kits should be on their way to all court centres now.’

However,  the Ministry Of Justice, said it encourages those in areas where lateral flow tests are already being offered to get a test before attending court.

An HMCTS spokesperson said: ‘We continue to work with DHSC to understand whether rapid testing could be delivered in a court setting.’

It is believed that this will take into account the government’s recent announcement encouraging testing for those who cannot work from home.

The CBA recommended the rolling out of a mass testing system needs to be rolled out immediately across all Uk Court, including a faster vaccination programme is needed for professional court users.

Two court users at Norwich combined court centre tested positive for coronavirus, leading to the closure of Norwich and Kings Lynn Magistrates yesterday morning. They have since reopened and the areas where infected staff worked have been deep cleaned.

Meanwhile, four members of court staff at Highbury Magistrates’ Court in London have tested positive in the past 14 days, although one of those has not been on site since November.