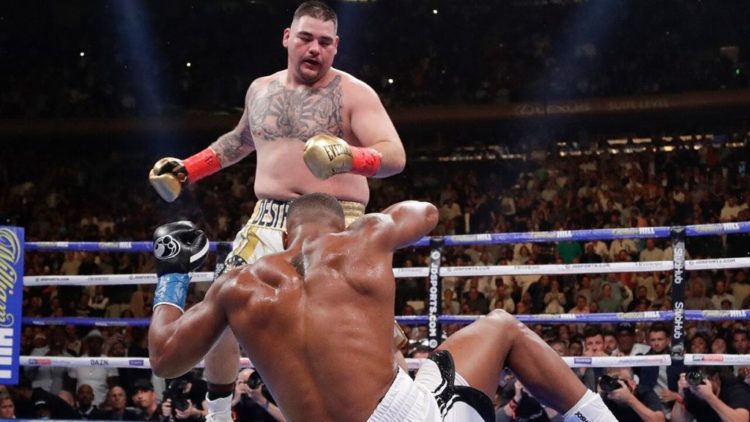 Anthony Joshua suffered a humiliating defeat in the hands of a hungry Mexican last Saturday in what will go down as one of the biggest upsets in boxing history.

It shouldn’t rank on the same level as that suffered by Mike Tyson in Tokyo in 1989 when the fearsome Iron Mike Tyson was dismantled in 10 rounds by Buster Douglas, leaving the formerly perceived invincible Iron Mike dazed on the canvas, searching for his his gum shield as he was counted out by the referee.

Likeable Joshua has never had a similar aura of invincibility, though many of his ardent fans spoken to by this publication have in past times  have expressed strong convictions that Joshua would retire undefeated. Views like those have always been inspired by love and admiration of Joshua’s knockout power allied to his very humble and endearing spirit. As pointed out in my pre-fight article, though very capable with considerable power,  Joshua has always had glaring shortcomings, waiting to be exploited by the right man with the correct mixture of attributes. Unfortunately, that man was Andy Ruiz Jnr, who seized his moment with both hands

Joshua loosing all his world title belts after being exposed by Andy Ruiz Jnr in New York On Saturday night would have weakened his perception by rival contenders.  It was a painful sight for his legions of fans forced to witness their hero reduced to the semblance of a professional novice, as the soft spoken Mexican put his hand speed and brilliant combinations to fruitful work, ensuring history for all Mexicans.  The joke of it all is the fact that Andy Ruiz simply does not look the part at all. He epitomises an old adage that ‘every rule has exceptions’

He is the first Mexican heavyweight champion of the world in history. The Mexican party in Newyork is surely still going on.  It was a disappointing outcome for the 2012 London Olympic champion whose high class sporting status had made him a beacon of hope for British sports. Shocking as the outcome was too many, Ruiz confounded expectations in a way which shouldn’t have been all that surprising. Joshua(22-0-1(21KO’s) looked out of his depths against an unheralded fighter whose innate abilities  should have been foreknown when he was selected as a replacement for American drug cheat, Jarrell Miller.

It was a night of high drama that saw Joshua floor the Mexican in the third round, for the first time in his boxing career, only for Ruiz to recover and send Joshua to the canvas himself  25 seconds later. After dropping him again, Joshua barely beat the count to be saved by the bell. Ruiz Jnr looked looked like a young Mike Tyson when delivering the final onslaught, pouncing on Joshua when he sensed his moment.

The Londoner who lost his three championship belts looked apprehensive  right from the ring walk up until the fight began. His facial countenance was marked with concern, and he began the fight very tentatively, offering next to nothing in the opening two rounds. The former world champion allowed   Ruiz to prod systematically towards him , timing his attack, and gradually building confidence. Joshua failed to dictate the fight with the conviction of a world champion confident of victory.

This fight was meant to be the execution a successful routine defence of Joshua’s kingship position in the division, but the now beaten world champion was more cognisant of the threat Ruiz posed than he was of the importance of asserting his own dominance in the fight and pushing for a triumphant finish.  His ostensibly grand American debut had been flavoured  with a rapturous and enthusiastic British following, all stimulated by the anticipation of explosive finish by their hero.

Anyone who had watched a number of Ruiz’s previous fights, especially his action packed title fight with former WBO champion, Joseph Parker (which Ruiz controversially lost) should have been appreciative of the genuine threat he posed against Joshua, if the world champion was not ultra sharp, aggressive, and decisive. Joshua’s defence was poor and his movement restricted. What transpired in the ring left British fans dismayed and in shock. Some of Joshua’s characteristic flaws were all too evident in this important fight.

Absent from Joshua’s artillery was the useful tool of a sharp authoritative jab that accompanied the prominent boxing careers of Mohammed Ali, Larry Holmes, and Lennox Lewis. It is common k nowledge among well schooled boxers and boxing experts that a man tall men with reach use their jab to keep shorter men at bay and set them up for stinging hooks and upper cuts. Joshua looked ponderous and lost against Andy Ruiz, who impressively achieved the goal of inflicting Joshua’s first ever defeat.

The londoner was very gracious in defeat,  as he gave due credit to the new heavyweight champion. However,  the smile on his face after an embarrassing stoppage looked contrived and unrealistic. He now has to return to the drawing board in preparation for a rematch that would capture a lot of interest.