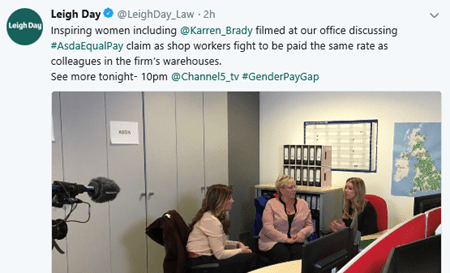 The High Court has prevented a claimant  law firm charging 100% success fees on CFAs for hundreds of cases issued together.

The firm  brought 609 cases against the Ministry of Defence on behalf of Iraqi civilians alleging they were victims of maltreatment. Although no formal group litigation order was made, lead cases were selected and the rest stayed pending later decisions.

. Lead cases were split into three schedules. Under the first two schedules the civilians were largely successful at trial, while the third schedule were adjourned and have largely been resolved without service of particulars of claims. As noted by Mr Justice Leggatt (as he was then), the issues of cost were of ‘very great legal and factual complexity’. The claims were issued in March 2013, days before LASPO abolished the recovery of success fee from unsuccessful defendants.

Leigh Day argued that references to ‘the case’ should be interpreted as referring generically to any lead case of cases. As a consequence, a 100% success fee could be claimed for all non-lead cases in which no individual particulars of claim had been served.

The MoD contended that the clause limited the 100% uplift to cases in which individual defences had been served, with a 33% ceiling on all others.