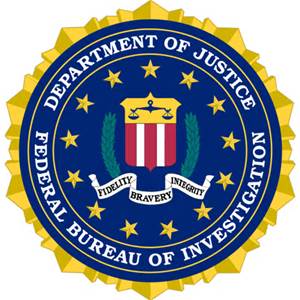 The Federal Bureau of Investigations in the U.S has nabbed one of the “most prolific” rings of Nigerian fraudsters operating in the country.

The fraudsters are accused of using  a variety of cyber fraud methods to attempt to steal $40 million in total from victims in 10 countries as well as the US. 14 arrests have been made,  following investigations into the mega fraud.  A 252-count federal grand jury indictment unsealed on Thursday (Aug. 23) named 80 defendants charged with defrauding victims of up to $10 million in one of the “largest cases of its kind in US history.”

The unsealed indictment shows the sophisticated   tactics of online fraudsters which has cost  victims untold millions as a whole. The fraudsters used  business email compromise (BEC), and  hacked email accounts to convince businesses or individuals to make payments that were  either bogus or similar to actual payments owed to legitimate companies.

Experienced fraudsters familiarised themselves with key personnel in companies who are responsible for the payments as well as the protocols necessary to perform wire transfers in various companies and then target businesses that regularly perform wire transfer payments, Paul Delacourt, FBI assistant director in charge of the case said in a press briefing.

The  prevalence of the scams were so bad that  the FBI received nearly 14,000 complaints reporting BEC scams with a total loss of around $1.1 billion—a figure that nearly matches losses reported for all of 2018.

A separate high profile case, following a 13-month long investigation, the FBI arrested Nigerian Obinwanne Okeke in an $11 million BEC fraud case. Before his arrest, Okeke had posed a successful entrepreneur and was featured on a Forbes 30-under-30 list as well a BBC Focus on Africa program. Nigrerians have always had to endure the bad reputation associated with fraud, but in the U.S, Nigerian immigrants are statistically the most professional and educated.