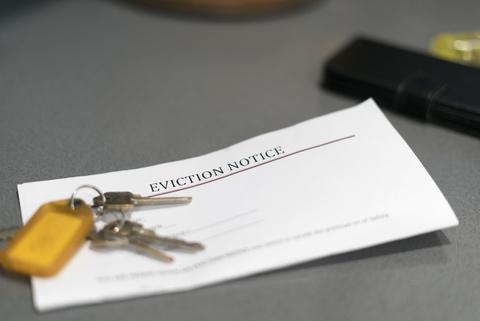 The extension of eviction bans until the end of March this year  to protect tenants in debt, could  be counterproductive, according to critics.

The Ministry of Housing, Communities and Local Government announced over the weekend that the ban on bailiff evictions has been extended until 31 March, but critics say the one month extension is insufficient  to address the problem, and will only end up making many people homeless in the middle of the pandemic.

Housing secretary Robert Jenrick said: ‘By extending the ban on the enforcement of evictions by bailiffs, in all but the most serious cases, we are ensuring renters remain protected during this difficult time. Our measures strike the right balance between protecting tenants and enabling landlords to exercise their right to justice.’

However, The Law Society expressed scepticism about the news, claiming it would have long term adverse effects for many renters.

David Greene, Society president, said: ‘Eventually, fewer tenants will be protected by the ban and may become homeless, making it difficult to contain the virus. Funded early expert legal advice is vital to preventing unnecessary evictions and must continue to be available to all tenants alongside the mediation pilot, now deployed across all courts.’

The Housing Law Practitioners Association welcomed the extension but said: ‘It remains HLPA’s position that nobody should be evicted into a pandemic health crisis, not least because eviction, home-seeking and homelessness are not conducive to public health and dilute the message to stay at home and save lives.

‘The January regulations watered down the November regulation and that should be reversed. The ban on evictions should not have any exceptions other than those necessary for public health reasons. Otherwise the measures do not, to quote [Jenrick], “strike the right balance between protecting tenants and enabling landlords to exercise their right to justice”. Instead they leave renters and the general public at risk for the sake of assuaging private landlords.’

Solicitor Amy Stirton, an associate in the housing and regeneration department at Forbes Solicitors, said: ‘Whilst it doesn’t come as a surprise that the eviction ban has been further extended, I am sure that it will be unwelcome news to the thousands of victims of antisocial behaviour who have endured the wider consequences of the ban for the best part of the last 12 months.

‘I hope the courts will enable landlords to apply the exemptions more easily going forward to ensure that those suffering the most are able to gain some respite. Going forward, I think that it is important that each case is dealt with on an individual basis to enable the correct balance to be achieved.’

The National Residential Landlords Association said the government’s latest announcement does not help over 800,000 private renters who have built rent arrears during the pandemic.

Ben Beadle, the association’s chief executive, said: ‘It means debts will continue to mount to the point where they have no hope of paying them off. It will lead eventually to them having to leave their home and face serious damage to their credit scores. A package of hardship loans and grants is needed as a matter of urgency. To expect landlords and tenants simply to muddle through without further support is a strategy that has passed its sell by date”.