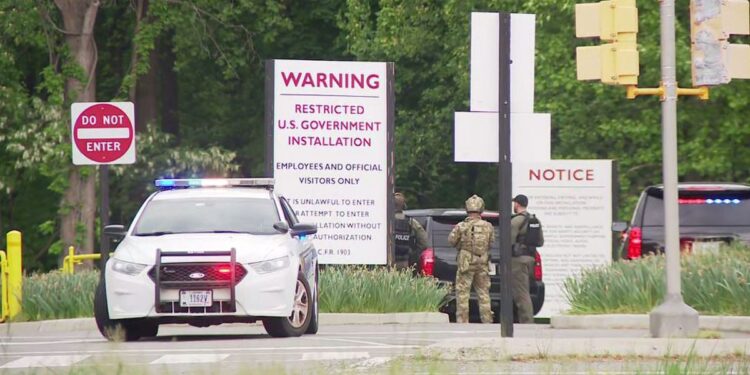 A suspect was shot and wounded by law enforcement  agent just outside the Central Intelligence Agency headquarters in McLean, Virginia, Monday evening, according to the FBI’s Washington Field Office.

The shooting followed a one hour stand off with the man who appeared to be making terrorist threats.

“The FBI is reviewing an agent-involved shooting that occurred at approximately 6 p.m. on Monday, May 3, 2021. An individual involved in a security incident outside Central Intelligence Agency Headquarters in McLean, VA, emerged from his vehicle with a weapon and was engaged by law enforcement officers,” a statement from the field office said.

The suspect, the statement continued, “was wounded and has been transported to a hospital for medical attention.”
The suspect initially drove up to the CIA’s gates late Monday morning and made statements suggesting there was a bomb in their vehicle, according to a law enforcement official and another source familiar with the incident.

The CIA’s headquarters has one of the highest level security in the U.S since a high-profile incident in 1993, when a man shot and killed two agency employees and injured three others leaving the Langley compound.

At the time, CIA officials said security had been tightened to prevent any similar occurrence.

The FBI’s Washington Field Office emphasized Monday that the agency “takes all shooting incidents involving our agents or task force members seriously” and “the review process is thorough and objective, and is conducted as expeditiously as possible under the circumstances.