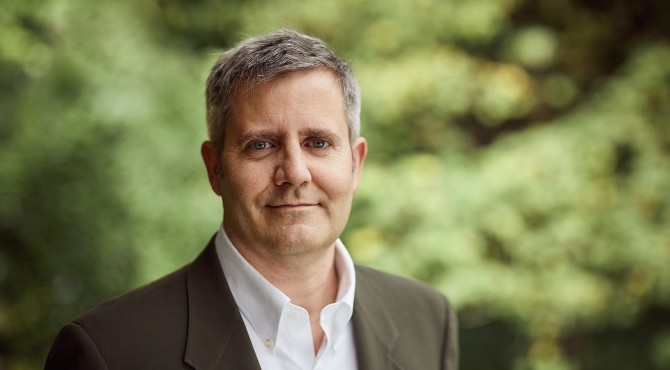 Mixing at Christmas poses “substantial risks”, particularly for older people, and there is “far too much emphasis” on having a normal festive period, a Government scientific adviser has said.

Andrew Hayward, professor of infectious disease epidemiology at University College London (UCL) and a member of the Scientific Advisory Group for Emergencies (Sage), said the country was “on the cusp” of being able to vaccinate older populations and it would be “tragic” to throw away the gains made in suppressing coronavirus.

He also attacked the Government for “inconsistent” messages over what to do, saying it was clear that if people wanted to avoid Covid-19 they should not mix indoors.

Speaking in a personal capacity, Prof Hayward told BBC Radio 4’s Today programme: “Mixing at Christmas does pose substantial risks, particularly in terms of bringing together generations with high incidence of infection with the older generations who currently have much lower levels of infection and are at most risk of dying if they catch Covid.

“My personal view is we’re putting far too much emphasis on having a near-normal Christmas.

“We know respiratory infections peak in January so throwing fuel on the fire over Christmas can only contribute to this.”

Asked if people should worry more about the health and welfare of their parents and grandparents than gathering together for a movie over Christmas, Prof Andrew Hayward from UCL replied: “Well exactly.

“We’re on the cusp of being able to protect those elderly people who we love through vaccination and it would be tragic to throw that opportunity away and waste the gains we’ve made during lockdown by trying to return to normality over the holidays.”

Prof Hayward said he believed “there is a cost” to gathering families together, adding: “When policies are undulating between stay at home to save lives, eat out to help out, the tier system, second lockdown and proposals for an amnesty on social distancing, it’s a highly inconsistent message.

“Whereas in fact the things that people need to do to stay safe and to keep their loved ones safe are relatively simple.

“Avoid, as far as possible, indoor close contact with people outside of your household, avoid crowded places and protect the most vulnerable by not putting them at unnecessary risk.”

The expert said the reproduction number – the R value – of coronavirus still needed to get below 1 for the epidemic to shrink.

“Approaching 1 is not good enough – that still means the infection is increasing,” he said.

“It needs to be clearly below 1 and it needs to get to low levels, rather than the high levels that we still have.”

Asked whether he would impose further restrictions throughout December such as stricter tiers than before lockdown, he said “it is a very difficult balance”.

He added: “We would need to be very mindful of the fact that this last period of the year is absolutely critical economically for many businesses so I think we do need to find a way of allowing them to function, but in a responsible way.”

The Government is still working out details of how people can come together over the festive period, with Downing Street saying families should be able to meet up after a “difficult year”.

Reports suggest households might be allowed to mix indoors for a five-day period from Christmas Eve, and that ministers are considering plans to allow three or four households to form bubbles.

However, a five-day easing could mean a potential 25-day period of tighter measures into January if the Government was to follow advice from scientists.

Speaking on Thursday, Defence Secretary Ben Wallace said a final decision will be made as close to the end of England’s national lockdown as possible.

He told BBC Breakfast: “The best time is to make those decisions about how we can get together for Christmas, how we can get through this festive period, is when we have seen the impact of this lockdown on the figures…

“The best time for me to give you better advice, for the Government to make that decision, is as close to the 2nd of December as possible.

“I know some people would wish to know earlier, but if we were to do it now, and the facts were changing on the ground, we’ll end up having to change it again.”

He told ITV’s Good Morning Britain he did not want to be “the Grinch that stole Christmas” but wanted to “protect lives”.

He said: “I don’t want to be the Grinch that stole Christmas – I’m not campaigning for that.

“I would love all of us to be able to have a Christmas, but more than anything I want us to get through this Covid and try and get this country back to normal and I want to protect lives.”

He told ITV’s Peston: “I think that it would be prudent not to go wild at Christmas quite honestly, so I think that we will have to moderate and have a slightly disappointing Christmas, unfortunately.”

It comes as Oxford University published phase 2 results from its clinical trial into a coronavirus vaccine, showing it produces a strong immune response in older age groups.

Responding to the news, Health Secretary Matt Hancock tweeted: “There is still much work to be done, but this is a really encouraging set of findings from the @UniofOxford and @AstraZeneca vaccine.”

Professor Andrew Pollard, head of Oxford’s vaccine trial team, said he was “absolutely delighted” with the results and the jab was “well tolerated” in older people.

He added: “Our goal has been to try to develop a vaccine that could be distributed everywhere, and that’s not just a question for the UK where of course we’ve got the infrastructure that can be put in place to manage whatever the storage requirements are.

“We’re really looking globally, we want to be able to get to every corner of the world if indeed the vaccine is shown to work.”

Elsewhere, holiday and airline firm Jet2 has slumped to a first half loss and said it remained cautious over next summer.

The Jet2holidays and Jet2.com firm – formerly called Dart Group – reported operating losses of £111.2 million for the six months to September 30, against earnings of £361.5 million the previous year.