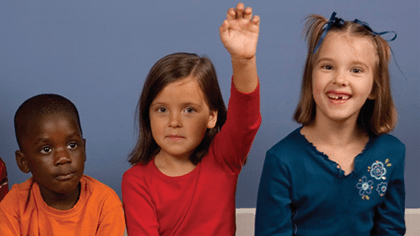 British Councils have been accused of failing children in care, defying statutory requirements.

According to a recent report, vulnerable children in children’s care homes with complex mental health problems  and who have  been subject to appalling sexual and physical abuse.  or are at risk of serious harm from criminal gangs were neglected and denied appropriate provision by various councils.

Insufficient places have also  left children in care open to  huge risks while waiting for suitable accommodation. A catalogue of failures led to sub optimal standards in the provision of care for vulnerable children in several boroughs, predisposing them to worsening physical and mental health conditions, the damning report reveals.

Compounding the aforementioned  failings was inflexibility in the workings of the system,  flagged as one of the set backs in their operational mechanisms. There was additionally an oversight in relation to the paramount need for a strong  support network for children. And the geographical location of homes where they affected children were eventually placed was in many cases too far from their support base.

Most worrying was the fact that a number of judicial rulings explicitly condemning unsatisfactory frameworks of operations, appear to have fallen on deaf ears. A combination of negligence and an under resourced system has reportedly amounted  to the marginalisation of vulnerable children, whose situation were recklessly allowed to degenerate.

The report alludes to a High Court judgement issued  in the case of a 16 year old girl discharged from an adult mental health to an unregulated home where she was to be kept locked and guarded because there was no place in a home available for her. This rebuke was subsequently given by a sitting judge about the shortcomings in the care system.

“It is plain that, despite the issue being highlighted in multiple court decisions since 2017, and by the Children’s Commissioner, the shortage of clinical provision for placement of children and adolescents requiring assessment and treatment for mental health issues within a restrictive clinical environment, the shortage of secure placements and the shortage of regulated placements remains.

Thousands of children with complex needs fall through these gaps in the system each year, leading to high levels of instability which affects every aspect of their lives, including important relationships. Many of them are  placed far from home, in the process damaging family relationships. Many children reported the experience  of the “home” in which they are placed as hostile.

Exacerbating an already bad situation is the common occurrence for many vulnerable children to be thrown out at short notice, leaving them stuck, given the shortage of  accommodation supply that many ‘Children are left in limbo, in flats surrounded by agency staff, waiting for somewhere, anywhere in the country, willing to take them, the report states.

Efforts from the Children’s Commissioner  urging the British government to act have not produced much results, despite further intervention from the National Audit Office4 .

A series of High Court judgments in 2020 involving children for whom no suitable care home place have produced no action so far. The report states that this  has been the case even in circumstances where the Court has found that their life will be endangered by the failure to find a home Commissioner’s office, and to the Secretary of State for Education – whose responsibility it ultimately is to ensure adequate provision of care places

Although  councils have have a statutory duty to ensure sufficiency of high-quality local accommodation for children in care, the system has been fraught with incompetence, leading to a dismal state of affairs in the care system. The report highlights a serious crisis in children’s residential care; failures  said to ”imply a deep-rooted institutional ambivalence to the needs of these very vulnerable children”.

Summarising  the findings of three years of work by the Children’s Commissioner’s Office and provides context for two further reports the Commissioner is publishing today .

The Children’s Commissioner and her team have  recommended loving and supportive families as most ideal for such children, but the benefits of such recommendations are yet to fully materialise for many of these disadvantaged children.  Supportive homes are expected to provide  therapeutic care, access to a good education, and experience of the wider world.

These homes should be close to where a child is from, so they can stay in the same school and have contact with family where possible. They should be flexible enough to continue to accommodate a child even if their needs change.

Frequent and unwanted moves which are disruptive for children have been cited as one of the prevalent problems facing vulnerable children in  unstable care settings. Other disturbing issues facing children include them being placed far away from home, friends and family; struggles accessing healthcare, education or fun activities; and homes which feel overly institutional, sterile or even filthy.