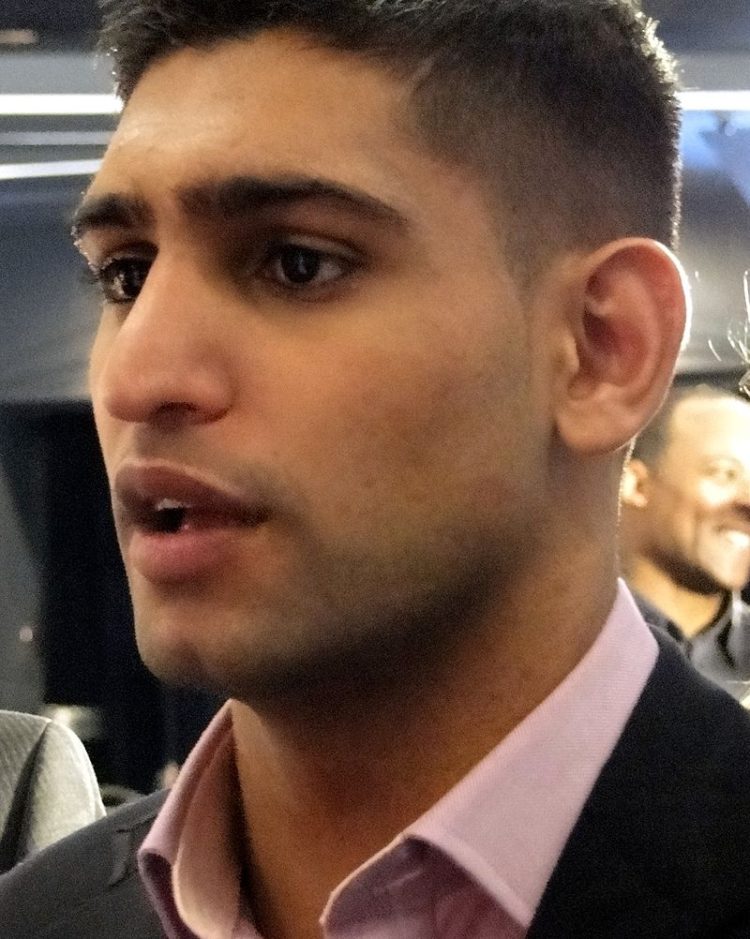 Amir Khan’s press conference to promote his next fight on April 21, against Lo Greco, descended into a brief brawl after Lo Greco took a dig at Khan’s by ridiculing his personal life, including a Tweet in which he accused Anthony Joshua of having an affair with his wife, an allegation all parties have now rejected.

Last year, Anthony Joshua was linked with Khan’s wife, Faryal Makhdoom in a gossip affair both parties have categorically denied, but Greco could not resist pressing Khan’s button with it

“After Canelo, you went on a losing streak: family, wife… and then you go out and you tweet to the heavyweight champion of the world,” Lo Greco said.

“You go out and you tweet to the heavyweight champion of the world that he can have your leftovers.”

Khan immediately jumped to his feet and threw the glass of water in front of him into Lo Greco’s face. Members of both boxer’s entourage immediately intervened to halt the fiasco

33-year-old Lo Greco (28-3, 15 KOs) is a decent opponent, but no one expected to give Khan too much trouble on his first comeback fight since getting knocked out by Conelo Alvarez. His only losses have come against IBF welterweight champ Errol Spence Jr. (23-0, 20 KOs), former IBF welterweight champ Shawn Porter (28-2-1, 17 KOs) and Joseph Elegele (16-2, 11 KOs).

Spence, who stopped Lo Greco in the third round of their June 2015 fight in Las Vegas, is the only opponent to beat him by knockout.

Khan has lost 4 of his 35 professional bouts, his last fight being a brutal knock out in the hands of Alvarez. However, following a hand operation, he has now signed a three-fight deal with Matchroom’s Eddie Hearn.

Lo Greco, who has lost 3 of his 31 fights, replied by pointing at his chin to shout “double chin” before pointing at Khan’s and stating “glass chin”. He went further to deride Khan as a ‘salesman’